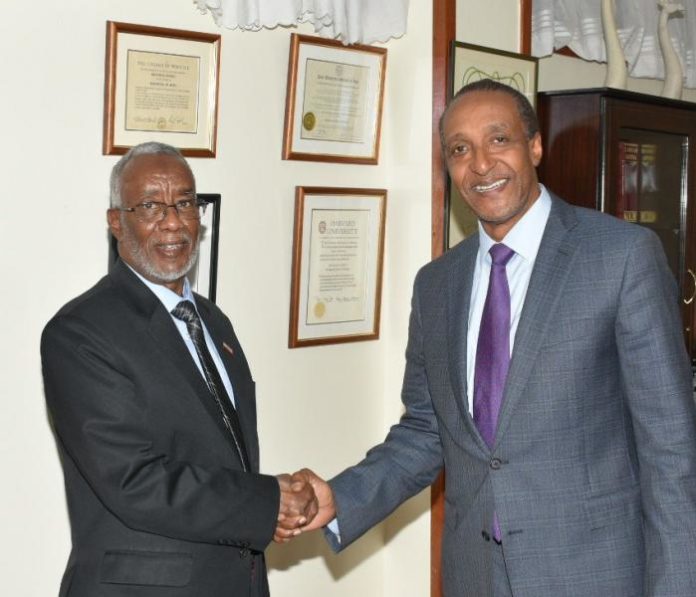 The Foreign Affairs Ministry in Somalia has summoned Kenya’s ambassador Lucas Tumbo over a tweet sent out by PS Macharia Kamau which they termed as offensive.

The two discussed issues of mutual interest between the two countries and ways of strengthening cooperation” read the tweet by Foreign Affairs Ministry.

The foreign affairs ministry in Somali handed a protest letter to the ambassador citing that it considered the tweet an affront to the country’s sovereignty, unity and territorial integrity as well as harmful to the relationship between Somalia and Kenya.

This is reportedly because Somaliland is considered a self-declared state but intentionally considered to be an autonomous region of Somalia.

“Somalia stands for good-neighbourliness, mutual respect and close cooperation with its neighbours, and expects the same from Kenya,” part of the press release divulged.

Speaking to Kenyans.co.ke, the PS reiterated that he did not want to comment on the story.

The two countries have been at each other’s throats ever since Somalia filed a maritime boundary dispute at the International Court of Justice (ICJ) in 2014.

Kenya’s wish is that the maritime border will run along a parallel latitude southeast of Kiunga, while Somalia wants a diagonal line down the coast.

The case will be heard by the International Court of Justice (ICJ) in September.