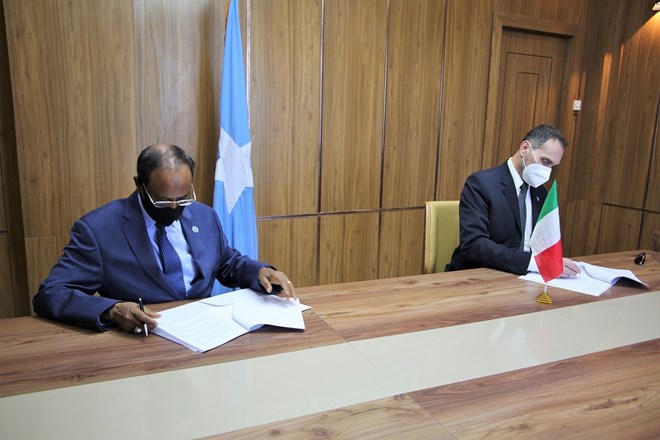 Somalia has signed a historic debt cancellation agreement with the Italian government on Thursday but the country likely will remain dependent on foreign aid as it recovers from decades of civil wars. A Memorandum of Understanding was signed by Somalia’s Finance Minister, Dr. Abdirahman Du’ale Baile together with the Italian envoy to Somalia, Alberto Vecchi. The agreement came following previous decision of countries belonging to Paris Club which cancelled 1.4 billion debt from Somalia in 2020. Baile said: ” Today I have signed a debt cancellation deal with Italy which is part of an earlier deal whereby 1.4 billion debt was cancelled from Somalia by Paris Club member countries. I am thankful to the Italian ambassador who worked on the possibility of signing this historic deal. The Somali government is working hard to succeed in its efforts that all debts will be cancelled. The government said a lot of debt was cancelled from Somalia last year.