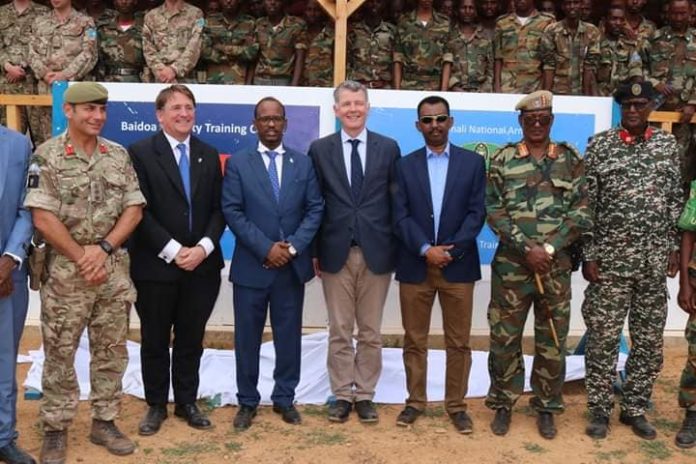 The project is funded by the UK government and the officials have toured the newly established military training camp.

The acting president has praised the UK gov for the implementation of the camp and urged the attendees to further broaden their military training.