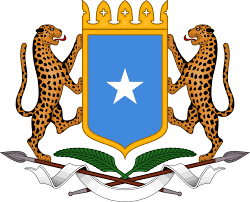 Somalia’s Federal Gov’t has lodged a lawsuit against the Kenyan government to the Chair of the Intergovernmental authority on development (IGAD), Abdalla Hamdok over the alleged interference of its affairs.

The ministry of foreign affairs of Somalia said that the council will hold an emergency meeting in Djibouti to discuss the issue.

The protest comes as SL President is on an official working visit to Nairobi, Kenyan capital after having received a formal invitation from Kenyan counterpart, Uhuru Kenyatta.

The two leaders met on Monday and discussed ways to further forge the bilateral ties between the two sides.

Relations between Somalia and Kenya is frosty at this time around and things got worse after Somalia has expelled Kenya’s ambassador to Mogadishu and eventually recalled its ambassador to Nairobi as a protest.

Somalia has long been accusing Kenya of meddling its internal affairs.