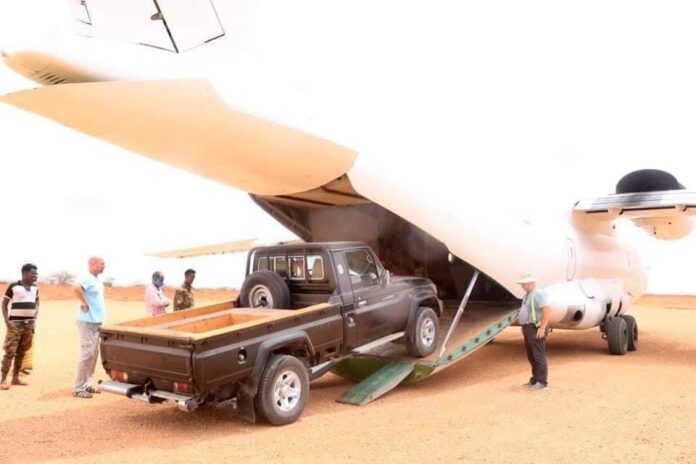 Somalia’s authority on Friday announced the deployment of a large military troops equipped with armored vehicles to Dolow district of Gedio region. The military contingent deployment in Gedo region is part of the specially trained units of Eagles alias Gor Gor. The outgoing Somalia’s President Mohmed Abdilahi Farmajo has ordered the troops deployment amidst the province is experiencing drought and is desperately in need of urgent humanitarian assistance. Officers of Somalia’s National Army (SNA) together with regional authority in Gedo greeted the troops arrival at Dolow airport. It is not quite clear the reason compelled SFG to send troops to the region which is ravaged by a harsh drought.