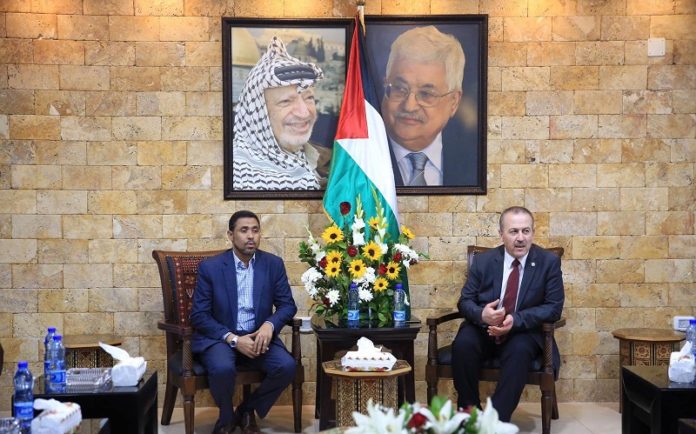 Ramallah—A delegation headed by Somalia’s assistant minister for labor & social affairs, Mr. Swaqar Ibrahim Abdala and is accompanied by the Director General of the ministry, Mr. Mohamed Adde Mukhtar are paying a courtesy call to Palestine. The Somalia delegation was warmly received by senior Palestinian government officials. The deputy minister received an official invitation from his Palestinian counterpart. The official working visit embarked upon by the Somalia delegation off to Palestine will take two days. The deputy minister is due to attend meetings aimed at discussing training for Arab laborers. Somalia’s deputy minister is due to hold separate meetings with Arab signatories attending the summit.