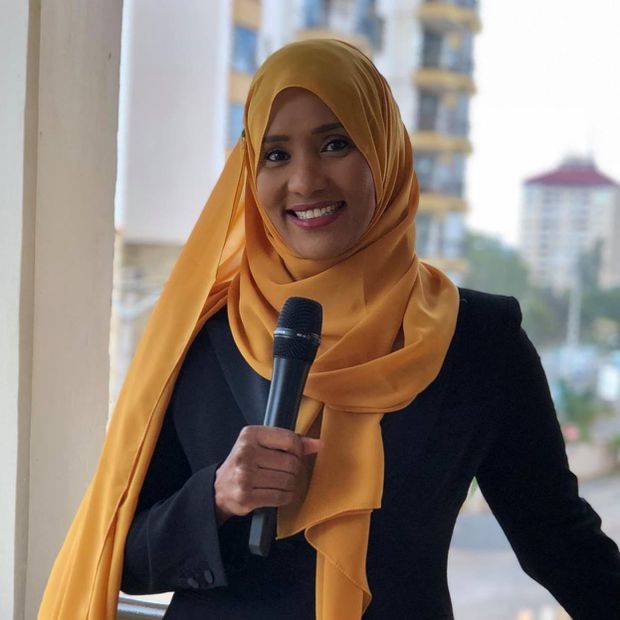 A Somali-Canadian journalist who used her platform to share “uplifting and inspiring” cultural stories with international audiences was killed Friday, after a car bomb exploded at a hotel in Somalia’s port city of Kismayo.

Hodan Nalayeh had recently returned to Somalia from Canada, and was one of two journalists killed in an attack at the Medina Hotel, according to a statement issued by the Somali Journalists Syndicate.

Mohamed Omar Sahal, a 35-year-old correspondent at the Somali Broadcasting Corporation, also died during the bombing and subsequent gunfire at the hotel, where lawmakers and other locals were gathered in advance of a regional election.

Al-shabaab, an Islamist militant faction that is attempting to overthrow Somalia’s central government, has claimed responsibility for the attack that has killed at least 10 people, police said. Ms. Nalayeh’s husband, Farid Jama Suleiman, was also killed in the attack, said Hassan Gesey, director of Mogadishu-based Radio Dalsan in an interview with The Globe and Mail.

The rebel group was pushed out of the capital city Mogadishu in 2011, and then expelled from Kismayo the following year.

Global Affairs Canada says it is aware of the bombings but couldn’t confirm the identities of the victims. It added that consular officials in Nairobi are in contact with local authorities to gather information.

Ms. Nalayeh had been documenting her stay in the southern coastal town over her social-media accounts, including Twitter and Facebook. Her Instagram page alone has 152,000 followers.

She also had a considerable YouTube audience for her show, Integration TV, which promoted heartening stories within the Somali community, both in Canada and abroad.

“Hodan worked so hard to just get positive stories out there, and change the perspectives on her own community,” said Michelle-Andrea Girouard, a documentary filmmaker in Toronto who produced video segments for Ms. Nalayeh’s show. “She had struggled, and she fought really hard to do this.”

Ms. Girouard worked with Ms. Nalayeh from November, 2016, to April, 2017. The women would be hunkered down at the kitchen table in Ms. Nalayeh’s home in Woodbridge, Ont., she said, producing segments – which aired weekly on OMNI TV – as her two young sons played in the background.

“She had contemplated quitting multiple times because she wasn’t making enough money out of it, but she was just so passionate about what she was doing,” Ms. Girouard said of Ms. Nalayeh, then a single mother. “She was an amazing woman … and she just fought to the end.”

Ms. Nalayeh was born in Somalia in 1976, but spent most of her life in Canada, first in Alberta and then in Toronto.

In messages of condolence posted on Facebook, Texas-based Imam Omar Suleiman wrote, “She used to always take the time to send me kind messages after listening to a lecture and blew away everyone that knew her with her generous spirit.”

Though she focused on optimistic stories about her community, last week, Ms. Nalayeh reflected on the struggles facing her native Somalia.

“Being patient with my brothers and sisters who have witnessed war and conflict is the least I can do,” she said in a July 5 Twitter post. “We can never know the damage war has done, but we can be understanding and patient.”

With reports from Reuters and The Associated Press