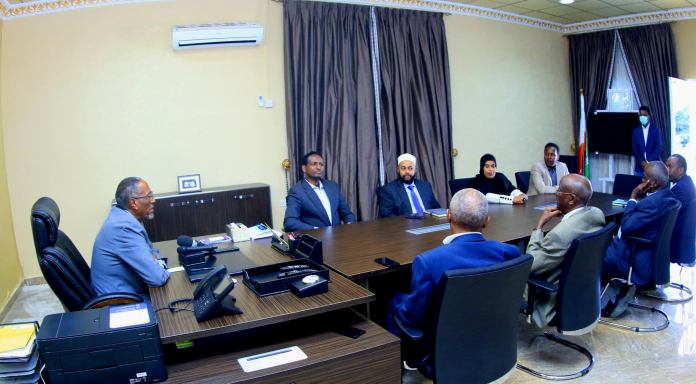 The president of the republic of Somaliland H.E Muse Bihi Abdi has met with the National Election Commission. The 7-member commission led by its Chairman of the electoral commission Hon. Abdirashid Riyo Rac. The meeting was designed for President Musa Bihi to convey congratulatory message to the electoral commission for overseeing free, fair and credible elections in Somaliland. The Head of State also credited NEC for handling the election process. Musa Bihi said: ” The nation won’t forget all the excellent job that NEC has done.” Bihi expressed gratitude to SL populace for its participation in the election and elected candidates for both local gov’t and the parliament. NEC yesterday submitted the preliminary results of the election to the constitutional court which is due to announce the final results within a matter of the coming days.