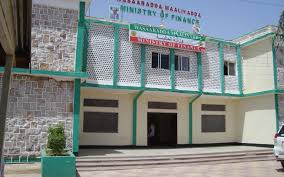 Embedding the Ministry of Finance with 19 talented and skilful academics, 95 tax inspectors and 350 taxmen will envisage overhauling the tax system in which more than $550 million of tax due is not collected every year. It is estimated that motorists alone avoid paying $10 million a year in road tax. Large and small companies also do not pay more than $500 million a year of tax dues.

The Finance Ministry should recruit extra 464 that will not only collect tax but hold every departmental government to account every shilling of public fund it handles. At the cost of $3,956,000, the government is to increase its annual revenue by an extra $546,044,000, which is more than its annual budget. The millions collected will allow the government to provide good public service, including health, education and construct new road networks. More importantly, over the past years, there has not been enough cash in the economy and the institutions could not engender the right policy to aid the economy. To this end, extra money raised through effective taxation will be injected into the economy to stimulate economic growth.

The Central Bank is emasculated to adopt economic stimulation by lack of experts to manage the monetary policy. Embedding the talents with required skills and knowledge will fetch in the treasury more than a billion dollars. In essence, quantitative easing economic policy is an area that has not been exploited let alone seeking loans and grants from the international financial institution, including the World Bank and International Monetary Fund. The message to both institutions is to reform to overcome the challenges impeding their ability to manage both fiscal and monetary policies.

Our people are in extreme poverty and thousands of working age are unemployed. That situation was compounded by the impotence of institutions to deploy the skilled and experienced professionals — as without them millions of dollars are lost that deprived the ordinary folks of getting the necessary service from the state— health and education are priorities to them.