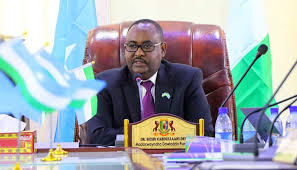 The president of Puntland, the semi-autonomous region of Somalia, on Sunday committed to defeat militant groups in the region as he seeks to attract foreign investments.

“I strongly pledge to protect anyone who invests in Puntland,” President Said Abdullahi Deni told an investment conference in the capital, Garowe. “There are a few terrorist militants of al-Shabaab and ISIS, who are hiding in some places of the state, and they will be defeated soon.”

Puntland’s first ever investment conference was attended by delegates from China, Turkey, India, and Saudi Arabia. Situated on the Gulf of Aden near the entrance to the Red Sea, Puntland became semi-autonomous in 1998 and escaped the worst of Somalia’s civil war. It’s now tackling an insurgency by al-Shabaab, the al-Qaeda-linked group, as well as a breakaway faction that swore allegiance to the Islamic State.