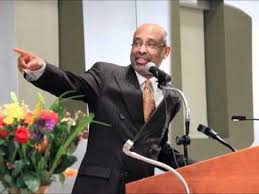 Hargeisa. Prof has spoken about the government’s skepticism towards his political tour that prof Galaydh escorted him which have been held across big cities in Somaliland. In these political sessions, they were addressing the desperate need of equity and fair share among Somalilanders in both administration and resource.
During their lectures, they solely heaped the responsibilities on the government’s shoulders.
Prof Samatar, said it is utterly absurd that Some people felt inconvenience with question of whether all the Somaliland citizens impartially involving the administration which was raised by prof Samatar and prof Galaydh.

And that he thinks only when the citizens fully embraced patriotism notion then such topic can only be confidently raised, and he added he believe that we’re in a position to do that at moment and i told that the crowd when I was in Borama.

At end prof Samatar stated this coming month he will attend a international conference in USA where he will present Somaliland case with the debates that him and prof Galaydh participated in Somaliland. Furthermore, for the sake of clarification, prof Samatar sent a message to Somaliland people across the country reiterated that their political tour is worthwhile campaign to wage, thus it shouldn’t render any sort of mistrust and worry because such political sessions are underlining how our society morphed into patriotically matured community.

During these conference, who will be held in New York in June after Eid festival, I will impart with the participants how Somaliland follower is blossoming, for this reason we should not hesitate orchestrating such political related debates as it will bolster communal relations and social harmony between Somalilanders across the country.

His speech comes after Some senior officials in Bixi’s administration scolded the professors for their role of organizing these debates which later Mr Fasial Ali Warabe, the opposition leader, did the same.