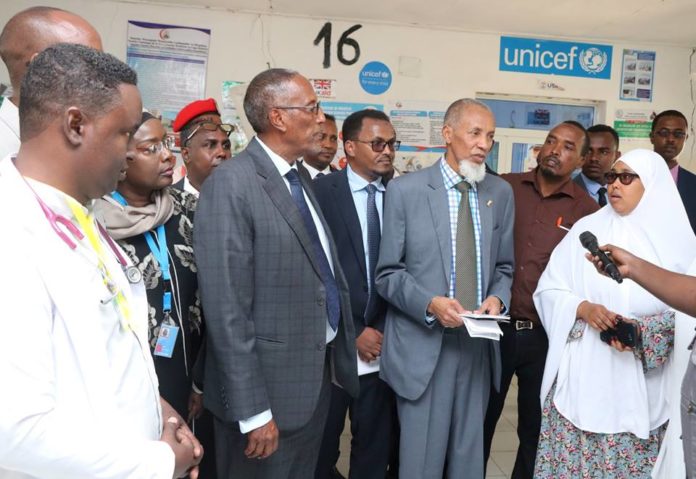 HARGEISA– The President of Somaliland, H.E Musa Bihi Abdi who inspected Hargeisa General Hospital yesterday informed the hospital director, Dr. Ahmed Omar Askar that he will be released all from his duties.

It is confirmed that President Bihi met with Dr. Ahmed Omar and apprised of him that he will be sacked from his post and that Dr. Yasin Arab will be appointed as his successor and once was the director of the hospital. The president thanked the sitting director hospital for his services and progress that he achieved during his time. The response of Dr. Askar who was told that he will be dismissed has not yet been officially announced from the president’s office. Dr. Askar as the hospital director is well known for his assistance to poor families who came to the hospital for medical attention.