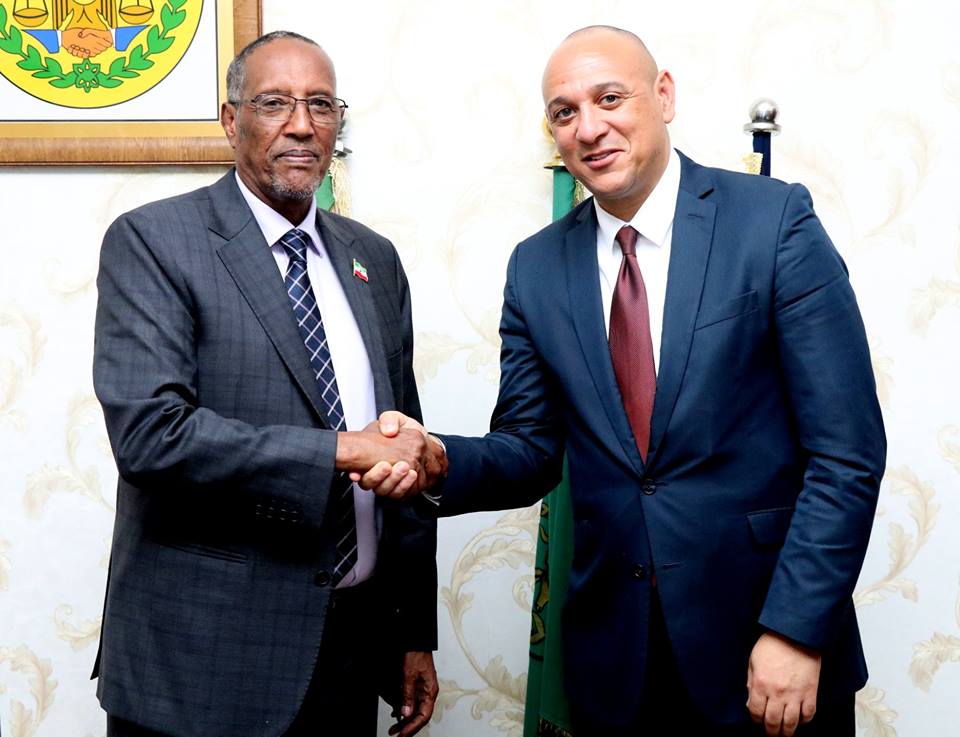 The top United States envoy to Somalia/Somaliland met with Somaliland President Musa Bihi Abdi in Hargeisa today in a bid to stop escalating tension in the conflict ridden ton of Tukaraq. 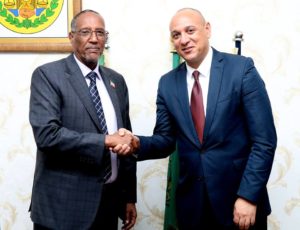 HARGEISA– The President of the republic democratic of Somaliland met with US acting ambassador and deputy envoy to Somaliland/Somaliland, Extraordinary and Plenipotentiary of  Hon. Martin Dale. The meeting between the president and US envoy to Somaliland/Somaliland took hours as the two sides discussed a wide range of thorny issues ranging from the political changes in the Horn of Africa, the democratic and development strides that Somaliland achieved over the past 27 years since its inception. The two sides discussed a number of issues concerning the bilateral issues between Somaliland and the United State of America. During the more than an hour meeting with US acting ambassador, President, Musa Bihi has expressed his renewed his commitment to achieve just and lasting peace in Tukaraq especially with Somalia.

He, however, reiterated his strong stance against calls demanding that Somaliland troops should withdraw from the regions as this is part and parcel of the country’s territorial integrity. The Head of State has briefed the US acting ambassador on the genuine progress and positive development strides that Somaliland took in the right direction from inception. Somaliland leader and US acting and deputy envoy have seen eye to eye that Somaliland is ready to see the resumption of Somalia/Somaliland talks after a brief hiatus. For his part, Martin Dale conveyed the commitment of the US government to see peace return to the region. He expressed his admiration to the Somaliland administration for showing their commitment to attain peace in Tukaraq and respect the mediation from the UN and IGAD which is aimed at restoring peace in the region.