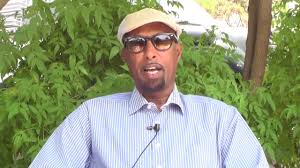 He accused the government run hospitals of commercializing the health services it provides to the public.

The opposition officials told heart breaking stories of two children dying in Hargeisa hospital due to lack of medical oxygen to assist to breathe.

The latest such incident happened two days ago after a two year old girl perished while her parents were trying to fetch oxygen from a private company.

Ali Antar said the government run hospitals demand people to buy all medicine and equipment used for their treatment.

He alleged that this practice amounts to commercialization of healthcare. However, the Wadani Party official said the poor services provision is not limited to shortage of medical oxygen.

He argued that doctors are not available at long stretches of time to treat patients.

He criticized the sanitation of the hospital saying it turned to damn.

Ali Antar finally called on the government to upgrade the quality of health services in the public hospitals to afford  necessary and preventable deaths.