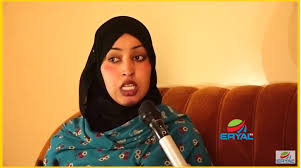 Mohmed Sadik Dhame has described the beating as a shameful act and a clear breach to the rights of human being.

He reiterated that the police stations should not be a vehicle for committing injustice against the victims but should be places were people took their gripes to.

Wadani party urged the perpetrator of this heinous act and called on the police officers to treat the public with decency and to show a high sense of respect to the civilians.

The party appealed to the police chief to respond to the case and held the police officer responsible for this action.

Hodo Gareys said that she was beaten by police along with her mother after they went to the police station to report to a case.

The female reporter recounts that she and her mother sustained injuries that she could not show on camera.

The government has so far remained tight lipped on the incident as opposition together with to respond.