Newly elected members of SL’s House of National Assembly have participated in a two-day training on the role of parliament and how the parliamentarians will be well-prepared for their responsibilities. The training was organized by Non-State Actors Forum (Sonsaf) in conjunction with SOYDAVO and held the seminar as part of ongoing support to the Government of Somaliland in building the administrative and legislative capacity of parliaments. Eighty-two members of parliament (MPs) were elected to the House of Representatives of Somaliland’s recently concluded elections held on May 31st, 2021. The parliamentarians will serve five years as majority of those elected had not yet served in the parliament or received training on effective parliamentary legislation or administration. Protagonists and experts in legislation and administrative matters are conducting the training.

SONSAF Chairman, Hon. Anwar Abdirahman, in his opening remarks, is hopeful that the umbrella will work with the newly elected law-makers. He said that SONSAF had close working collaboration with the ex-parliamentarians for the past 10 years. He promised that he will support everything in his power so that the new parliament will succeed and prayed that the lawmakers will be successful. He said: ” It is a great chance for us to get to know each other when it comes to the new parliament and we the civil society organizations. The training will not be the last as other seminars will be in the pipeline in the short term. The seminar will be of great help to the parliamentarians pertaining to the daily day operations of the parliament.” Justice and Development Party chairman, Hon. Faisal Ali Warabe, urged the parliamentarians to benefit from the seminar. He called on the lawmakers to tackle with the problem of tribalism which is widespread in the country and work towards linking the nation to the world. Wadani Party Chairman, Abdirahman Irro, called upon the lawmakers have urged the lawmakers to learn the lessons well. Kenyan lawmaker, Adan Ma’alin who has spoken at the training, has encouraged Somalilanders that they can accomplish a lot without the recognition. Minister in charge of parliamentary affairs, Mohmed Adan Elmi, that the ministry offered mavens that will support the house of issues relating to law. 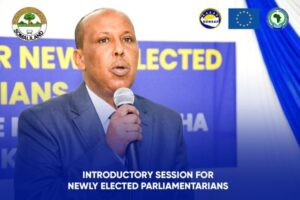 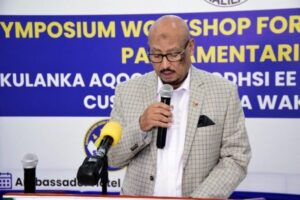 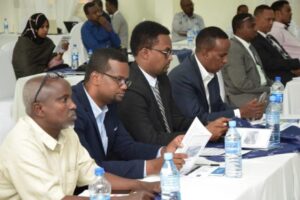 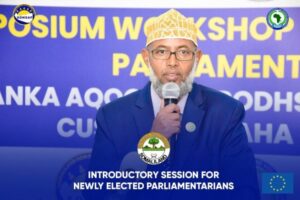 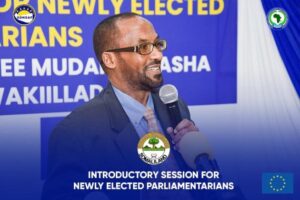 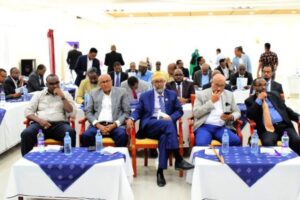