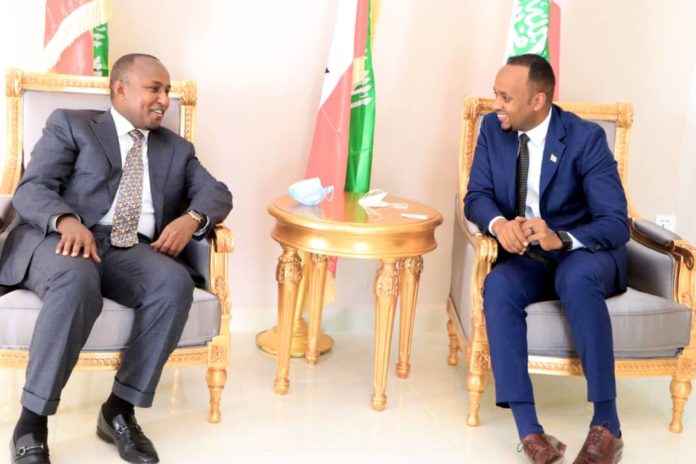 There are mixed reactions after MP Junet Mohamed led Kenya`s delegation on July 3, 2020 to high profile meeting in Somaliland to strengthen ties between the two countries

KDRTV has verified that the Orange Democratic Movement (ODM) director of elections held talks with Liban Yousuf Osman who is the Deputy Minister of Foreign Affairs of the Republic of Somaliland.

Osman took to his Twitter account to announce the diplomatic meeting meant to strengthen ties between the two countries.

“It was my utmost pleasure to receive the delegation From the Republic of Kenya led by Junet Mohamed. They had a wonderful one-day visit to the Republic Somaliland aimed to strengthen ties and cooperation of the two nations,”Osman said.

At some points Kenya restricted direct flights from Somalia compelling them to stop at some points before proceeding to Jomo Kenyatta International Airport.

Recently, two Kenyan planes were shot in Somaliland with sources alleging that Ethiopian forces are behind the attacks