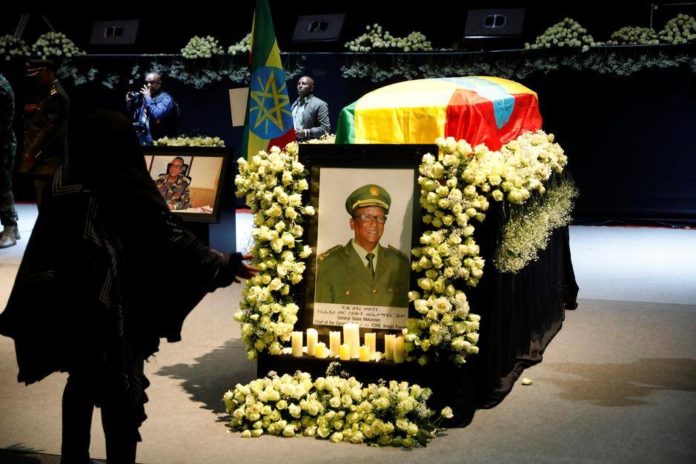 One gunman escaped in a waiting car but the bodyguard was arrested. Wounded in the foot, he then shot himself in the neck in an apparent suicide attempt, the officer said.

Meanwhile, The Associated Press reported that thirty-seven people were killed on Sunday in a similar coup attempt in Ethiopia’s Benishangul-Gumuz region, the governor said yesterday.

Seizing the chance, Tigray People Liberation Front leader, Debretsion took the opportunity at the slain military chief’s funeral to declare that Ethiopia is at the “death’s door”.

“This is the time to decide [for seccession]. We have given enough patience. We have to say enough [to united Ethiopia],” said the Tigray liberation leader.