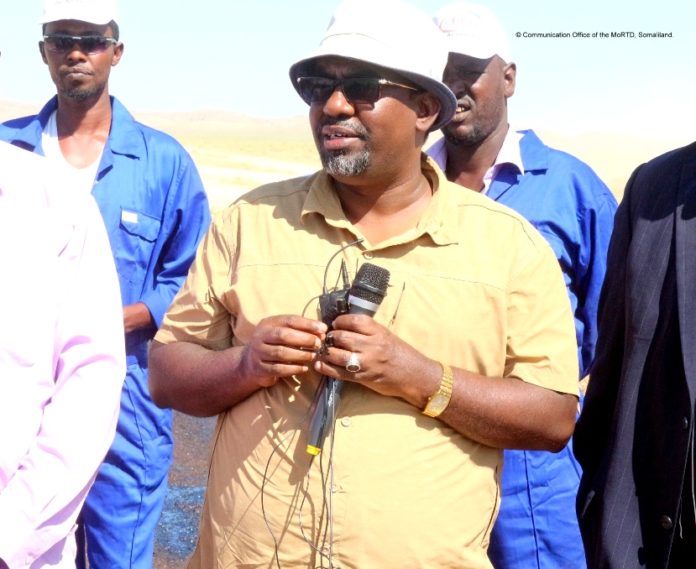 Hargeisa—Minister of Transport and Road Development Somaliland Abdillahi Abokor Osman, along with the Manager Director and his deputy, Road Development Agency (RDA) toured the ongoing construction of the highway connecting Burao and Erigavo towns.

The transport minister’s and his delegation are currently touring Sanaag region spoke at various locations along the road where constructions works ongoing in Fadhibab in Garadag district of Sanaag region.

The minister of transport officially launched the third phase of the Erigavo highway, which links the towns of Garadag and Fadhi-gab.

Ministry of transport officials and engineers in charge of building the road who spoke during the occasion said work is ongoing and had completed work on most parts.

“There are more than 200 well-trained workers undertaking the construction work and unfortunately, we have lost six workers due to diseases, sunstroke and snakebites,” said officials overseeing the road constructions works.

Local administration officials and elders in Garadag speaking during the launching of the third phase of road works said that they are very pleased with progress of the construction of the road between Erigavo and Burao, and they shun those spoilers who haven’t contribute an inch yet criticize the government .

The elders of Garadag town also expressed profound gratitude to the former President Ahmed Silanyo’s government, whose government began the construction of the Erigavo road, while at the same time acknowledging and lauding President Muse Bihi’s government for taking over where the previous government left.

Somaliland community as a whole. Somaliland Minister of Transport and Road Development has put a lot of effort and resources into construction of this road, and he is here today visiting and monitoring ongoing road works at the end of 2019,”said the Somaliland Road Authority Manager.

Minister of Transport and Road Development Somaliland Abdullahi Abokor Osman on his part thanked all the workers and those in charge of the Erigavo road construction works for the relentless efforts.

“The Road Development Agency staffers are the highest paid in the Somaliland civil servants in the whole country, their drivers, mechanics or operators are the best paid compared with other government agencies, thus why you must put an extra effort so that we can completed the task ahead of us which is to complete the Erigavo road and May God help us,” said the minister of transport.

He further reminded the staffers that the work does not end with completion of the Erigavo highway since in Somaliland we need 938 km of roads to be built, so in order to achieve significant development the country needs to develop roads. 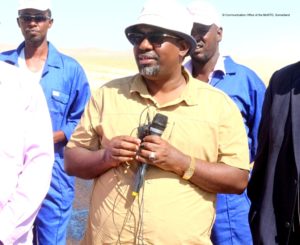 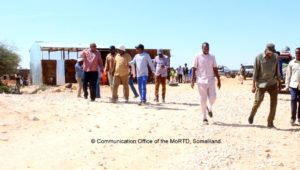 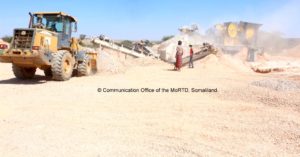 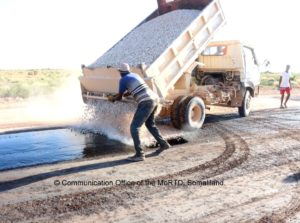 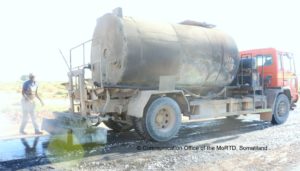 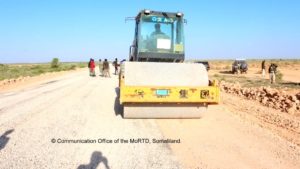 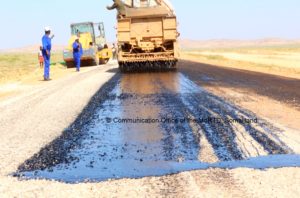 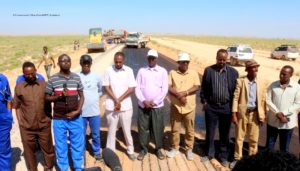