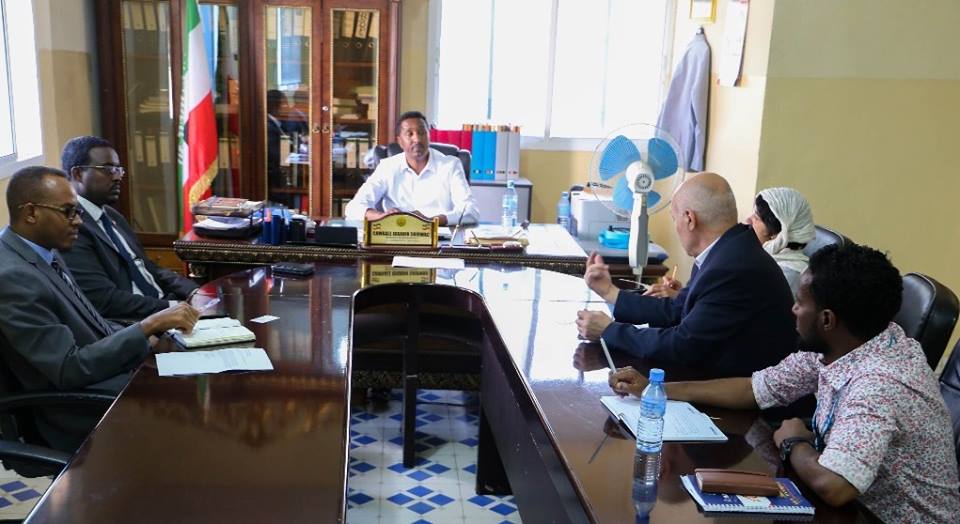 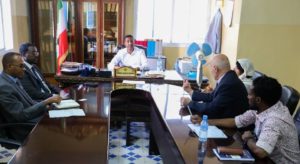 HARGEISA– The Minister of Planning & National Development flanked by the director general of the ministry received the representative of the United Nations High Commissioner for Refugees (UNHCR) office to Somaliland, Xhemil Shahu today at the ministry premises.

The two sides discussed on refugees in Somaliland and UNHCR’s response to the aftermath of Cyclone Saga that hit hard to the coastal regions in the west of Somaliland.

Somaliland is a home to hundreds of refugees that have fled from their war torn countries.

Many refugees from Yemen and IDP’s from Somalia are currently in Somaliland which provided a safe place to live despite their homelands being descended into chaos and anarchy.