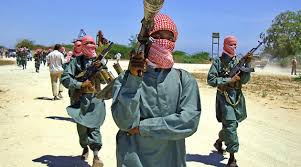 A UAE newspaper has said that attacks by the militant Islamist group Al Shabab are a regular occurrence in Somalia, particularly in the capital Mogadishu.

“Yet the raid on Friday on a Kismayo hotel by militia armed with bombs and guns, which left 26 people dead and injured another 56, seems to have struck a chord,” said The National in an editorial on Monday, adding, “There are a number of reasons why. First, the southern port city has been relatively peaceful since 2012, when Al Shabab was driven out. Secondly, the victims included foreigners, among them an American and a Briton, clan elders and a candidate for regional president. Thirdly, the onslaught lasted for more than 14 hours, as poorly equipped local police struggled regain control of the hotel.”

This is the latest in an incalculably long list of tragedies in Somalia, which has been beset by violence since civil war erupted in 1991 and where central government control does not stretch beyond Mogadishu. Hodan Nalayeh, a journalist and a pregnant mother-of-two, was just one of the victims, dying in the hotel with her husband. The fact she had returned from Canada to her native Somalia last year to broadcast more positive stories from the country makes the loss all the more poignant.

A lengthy US and Ethiopia-led military campaign to end Al Shabab’s reign of terror has not disrupted the group’s capabilities. In January, militants stormed a hotel in Nairobi, the region’s commercial capital, killing 21 people. It proved that the Al Qaeda affiliate is not merely a Somali problem but an east African one.

But it is in large patches of rural Somalia where Al Shabab is most formidable, so much so Daesh was unable to establish a base in the country, despite its best efforts. The group threatens to destabilise the entire Horn of Africa.

Efforts so far, including US airstrikes, have not stopped Al Shabab from expanding. While former US president Barack Obama favoured targeted strikes on militia leaders, the Donald Trump administration has begun hitting foot soldiers, killing 100 in January alone. That has done little to dint enthusiasm for the group in Somalia’s climate of insecurity and poverty, where new recruits are easily found.

Only by bringing stability, prosperity and hope to Somalia’s weary population can the terrorists be eliminated. It is worth remembering, for instance, that the violent piracy Somalia became known for in 2011 began after international shipping trawlers robbed local fishermen of their livelihoods.

“Poor, drought-ridden and largely lawless, Somalia is still fertile ground for the extremist group. The military fight against Al Shabab should continue in earnest but it must be accompanied by political and economic assistance to Somalia to loosen the group’s grip and give young Somalis another option,” concluded the Abu Dhabi-based daily.