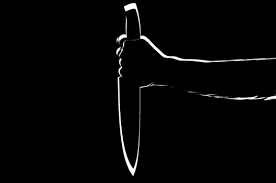 Polokwane – A Somali businessman who stopped to give his former employee a lift died a horrible death when he was strangled, stabbed and then burnt, allegedly by the young man he was helping.

The 26-year-old Limpopo man made a run for it after the incident and was recently nabbed after months on the run.

Allegations are that Mahomed Abdullah Hassan was driving to town in June last year when he noticed his former employee, Humphrey Mothata, on the side of the road, hitch-hiking.

According to Limpopo police spokesperson Colonel Moatshe Ngoepe, Hassan then stopped to give him a a lift.

As they were driving, Mothata allegedly tried to strangle Hassan. As they struggled in the vehicle, allegedly took out a knife and stabbed his former employer, killing him.

Ngoepe said as Hassan lay dead in his vehicle, Mothata drove the car towards Mokopane.

He parked it, took the money inside, removed Hassan’s body, doused it with inflammable substance and burnt it.

Ngoepe said during investigations, they received a tip off about a car similar to Hassan’s in Extension 44, Polokwane.

They went to the house last month and the car was positively identified as Hassan’s.

“The owner was then arrested and it later came to light that he has bought the vehicle from someone else,” he said.

“After a thorough follow up, Mothata was then arrested on May 2 and successfully linked to the gruesome incident,” Ngoepe added.

Mothata made his second appearance on charges of murder and robbery on Thursday and the case was postponed to May 27 for a bail application and further police investigations.

Police have declined to confirm if the man who bought the car from Mothata was released or if he’s also behind bars.