The collapse of governmental system in Somalia in 1991 has given opportunities for self-reliance-based reconstruction to major cities such as Lasanod, the administrative capital of Sool region. The sprawling district has a unique history in the post-colonial state that emerged after the former Italian Somaliland and the British Protectorate united to form the Republic of Somalia.

People wonder why Sool is the region in which Nugaal University is located.  It is not trivial to state Lasanod gains a lot from its ties exemplified by Nugaal valley in the ex-British Somaliland and its one-time regional association with Garowe. The military regime leaders resolved to help Garowe retain name of Nugaal to create a new region, Sool, with four districts: Lasanod, Taleh, Aynaba and Huddun.

Lasanod is among cities that have gone through demographic and economic changes because of the internally displaced people whom the civil war in Southern Somalia uprooted.

The disputed territory designation has not dented the confidence of investors. Puntland and Somaliland claim Sool on different grounds but the Hargeisa-based administration controls most districts in Sool. The Somaliland Government invested in infrastructure, educational and health projects in Lasanod. Thanks to Somaliland Development Fund allocations for a region that has not yet seen Somaliland governments turn a legislation to increase the regional budget by 2% into reality.

Start-up businesses are on the rise. Lasanod hosts diverse business communities that show commitment to start businesses outside their region of origin. Business owners from the Southwest State of Somalia have started many businesses in Lasanod. One of the markets in Lasanod is popularly known as RRA Market, named after the organisation that liberated Bay and Bakool in 1999.

A stroll along the main Lasanod market will let your eyes grab different types of goods in the market, mostly imports such as electrical goods, mobile phones and accessories, clothes, footwear, jewellery and milk powder. People can shop until midnight due to the peaceful atmosphere there.

Other discernible progress in Lasanod are residential development projects. Diaspora communities originating from Sool invested in the lucrative real estate sector, a reason why the  land price has soared.

Lasanod boasts two universities and one health institute and many private schools. Like other parts of Somalia, educational inequality is a problem that has not been fully addressed by authorities. In December  last year the first Book Fair organised by Somaliland Government was held in Lasanod, a city that has weathered political storms caused by claims and counter-claims  of Puntland and Somaliland Administrations. 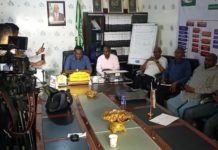 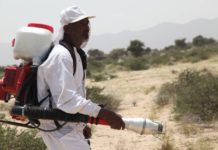 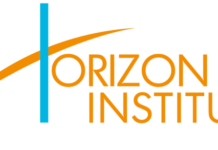