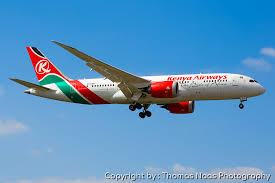 NAIROBI–Kenya’s airways has said it will not suspend flights to China following an outbreak of deadly corona virus.

The National Carrier has said that it is closely monitoring the situation before it takes the next step.

The Kenyan airways announcement comes as the Kenyan ambassador to China, Ms. Serem, called on the airline to suspend its flight to the country until the virus is contained.

“We are monitoring this on very regular basis as frequently as every one hour. We will make a decision in collaboration with the government on when and if we suspend the flight.” Said a statement from Kenyan airways.

On Tuesday, a Kenyan passenger on board on Kenyan airways from China was quarantined at referral hospital in Nairobi over the suspected virus.