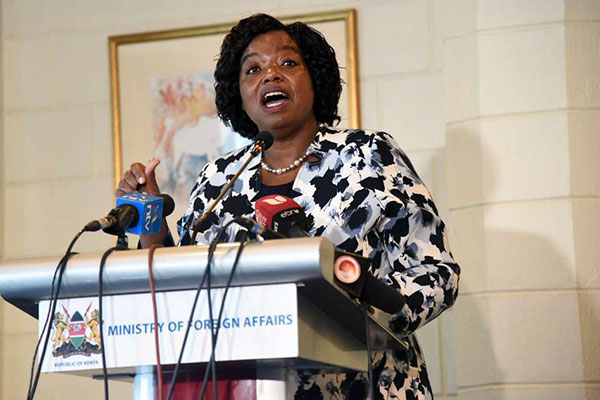 Kenya is exploring diplomatic relations with Somaliland after dispatching an emissary to set up a mission in the capital city of Hargeisa.

Kenya will join Ethiopia and Djibouti as some of the countries with diplomatic missions in Somaliland.

Consequently, Dr Juma wrote a letter to Head of Civil Service Joseph Kinyua proposing the setting up of a mission in the self-declared state led by President Muse Bihi Abdi.

“We have a long history with Kenya dating back to colonial days. The move by Kenya to open a mission in Hargeisa will be a massive boost to our economic and social transactions,” Mr Bashe, who has been pursuing the matter for about 10 months, said.

Somaliland, formally a de facto state under the British government, declared its independence from Somalia in 1991 after the end of both the civil war and reign of Siad Barre. However, it has not gained international recognition.

Last December, Somaliland hosted an investors’ forum in Nairobi that was opened by Foreign Affairs and International Cooperation Minister Yasin Mohammed Hiir, who encouraged Kenyan investors to exploit the opportunities his country offers.

“Come and work with us in building the great nation of Somaliland. We have so many opportunities. We need to expand cross-border trade and investments between the two countries for mutual gain,” Mr Hiir said.

He added that his country is also keen on building social relations. “The large number of Kenyans who are working and living in Somaliland is proof of our good hospitality. We can increase prosperity for our citizens through enhanced trade,” he observed.

Among Kenyan businessmen set to benefit from good relations are miraa (khat) traders.

This, he argues, will help boost medical tourism and encourage students from Somaliland to seek opportunities in Kenyan institutions.

Mr Githiora has been serving as Minister Counsellor at the Kenyan Embassy in Moscow, Russia.