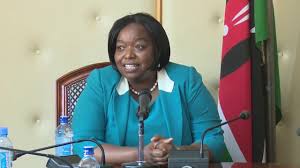 Kenyan aviation authorities Wednesday banned unaccompanied luggage on aircraft from Somalia, and insisted all planes should land at Wajir Airport for security checks.

In a letter sent to Somalia, the Ministry of Foreign Affairs said security and aviation agencies in Nairobi reversed the directive on direct flights between the two cities because Mogadishu had flouted air safety standards on travellers.

The letter seen by the Business Daily and addressed to the Somali Ministry of Foreign Affairs said serious “security considerations” had influenced Kenya’s decision on May 10 to reintroduce security checks at Wajir Airport, two years after they were lifted.

Then it said Somalia had done little to ensure safety of passengers travellers into Nairobi.

Despite Mogadishu’s protests, Kenyan officials say Somalia’s immigration checks are weak and some passengers have been let to load luggage while they remain behind.

“It has come to the notice of the relevant authorities of Kenya that passengers are allowed to travel from Mogadishu without proper documentation and visas. The ministry therefore requests that documents verification be enhanced at the port of departure,” the letter said.

On Wednesday, Nairobi said any unaccompanied bags will be destroyed and airlines found carrying them be punished.

Last week, Somalia protested the denial of entry of three senior government officials who were heading to Nairobi for the launch of an European Union-sponsored programme on cross-border conflict management.

Somalia later announced it would boycott future regional meetings in Nairobi, although the Business Daily established that subsequent different delegations from Somalia have since come to Nairobi to attend other meetings, after obtaining visas in Mogadishu.

In what could push the tiff into the global arena, Nairobi also wrote to 144 diplomatic missions in Kenya rejecting Mogadishu’s move to ban its officials from attending regional meetings in city owing to the travel hitches.