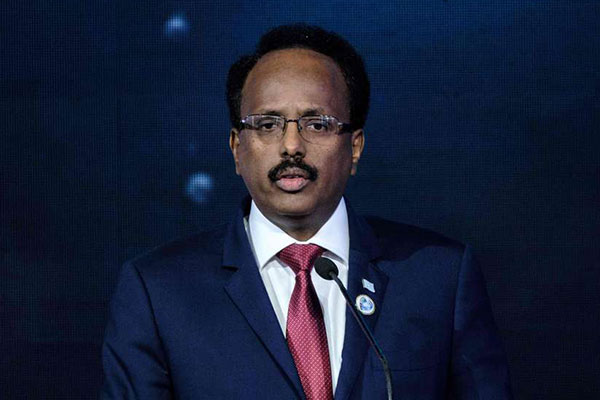 Diplomatic shifts and new alliances in the Horn of Africa call to mind William Shakespeare’s play Julius Caesar, where a soothsayer warns Caesar: “Beware the ides of March” (or 15 March) — which ancient Romans considered as a deadline for settling debts.

The famous Roman military general and politician never headed the warning, running into his enemies who assassinated him and settled their political debt, leading to the demise of democratic Roman Republic and the rise of the totalitarian Roman Empire.

The Kenya-Somalia diplomatic meltdown over a disputed maritime border in the Indian Ocean and unfolding geopolitical alignments ahead of the coming state presidential election in Jubaland in Southern Somalia in August 2019 are unveiling the ugly contours of a new policy of containment of Kenya’s power and influence by an emerging regional alliance in the Horn of Africa.

The new policy of containment targeting Kenya as a pivotal regional state replaces the old containment in the 1960s and 1970s that sought to check Somalia’s militarism behind the 1963-67 Shifta War with Kenya and the 1978 Ogaden War with Ethiopia.

Unlike the larger world which enjoyed a quarter century of peace after the Cold War, the Horn of Africa emerged as a theatre of civil wars, insurgencies, and terrorism.

After the Eritrean-Ethiopian War (1998-2000), containment in the Horn of Africa focused on Eritrea whose isolation also led to proxy wars.

But the region also developed a new security arrangement weaved around the Inter-Governmental Authority on Development (Igad).

However, realignments around the coming Jubaland elections herald the waning of the ideological consensus that under-girdled regional security.

Instead, a searing sibling power rivalry is propelling new bouts of proxy wars and the rise of a new policy of containment against Kenya and its allies.

Kenya and its rivals will meet their Waterloo in the Jubaland election in August.

Leading one side in the fierce battle for the soul of Jubaland is the incumbent state president, Sheikh Ahmed Mohamed Islam, aka Madoobe or Blackie.

Elected first in May 2013, and largely confident of retaining his seat in 2019, Madobe represents the old regional consensus that still view Kenya as the region’s ‘shining city upon the hill’.

With the help of Kenya, Madobe led the Somali forces to recapture Kismayo from Al-Shabaab, emerging as a bulwark against terrorism.

The August election will test to the limit KDF and the African Forces in Somalia (Amisom) in restoring normalcy and democracy in war-ravaged Somalia.

On the other extreme in the battle for Jubaland is the incumbent, President Mohamed Abdullahi Mohamed, alias Farmaajo, determined to win the coming Presidential elections in Mogadishu in 2020 and break the jinx where no past president has been re-elected since 1991.

But Farmaajo’s Jubaland re-election strategy casts a dark shadow over the future stability of the Somali nation.

It has all the trappings of the “tail-wagging-the-dog” strategy where politicians ignite diplomatic conflict to divert the public from internal challenges while whipping and riding on the wave of nationalism to win hotly contested elections.

Jubaland and the Kenya-Somali maritime dispute comes as a windfall in Farmaajo’s re-election strategy.

Second, Farmaajo has supported members of his “Nabad iyo Nolol” or “Peace and Prosperity Party” to win state presidential elections and take over the mantle in the federal states.

The installation of Abdiaziz Laftagareen in South West State of Somalia is so far the greatest success for the “Nabad iyo Nolol” strategy.

Third, the lynch pin of this re-election strategy is the revival of Somalia’s old ‘ethnocracy’ around the Marehan Clan.

Most of Somalia’s pivotal leaders are from Farmaajo’s Marehan clan, including top officials of the National Intelligence and Security Agency and, tellingly, Al-Shabaab’s current leader (Ahmad Umar) and commanders of its powerful Intelligence Unit (Amniyat).

This re-election strategy heralds the return of clan supremacist politics that pushed the regime of Siad Barre (also Marehan) to the brink and the Somali nation to civil war.

As the majority in Jubaland, the Marehan are being actively mobilised along clan lines to defeat Madobe, a scion of the Ogaden sub-clan.

On their part, Ogaden communities living in Garissa — the Awilyahan, Abduwak and Abdalla — have raised the stakes, endorsing Madobe.

Jubaland is at the heart of the maritime dispute between Kenya and Somalia.

In a sense, the battle for Jubaland reveals the democratic rollback and the growing populism and totalitarianism across the Horn.

Jubaland also reflects the waning fortunes of Pan-Africanism in the face of a surging Cushitic consciousness now coalescing around the idea of the New Horn of Africa as a counter to Igad.

Ahead of the Jubaland election, Mogadishu’s supremacists are reportedly negotiating with partners in the ‘New Horn’ Axis and the geopolitical faction in the Gulf allied to Turkey and Qatar to support their takeover of Jubaland from Amisom and the Kenyan troops.

They plan to forge bilateral military arrangements with Ethiopia and Eritrean outside the Amisom mandate to influence the outcomes of the Jubaland polls.

On its part, landlocked Ethiopia is aggressively seeking access to Somali ports, including the KDF-ran Kismayo port.

It has developed a navy force to ply and guard its interests in the Red Sea and the Indian Ocean.

While the new containment strategy is radicalising Kenya’s regional diplomacy, the country will require ingenuity and flexibility to survive the new diplomatic onslaught.