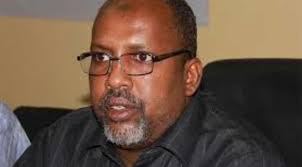 Jubbaland Livestock Minister has been suspended from office over allegations of misuse of funds in his docket.

A letter signed by state Vice President Mohamud Aden indicated the minister was under suspension from Saturday.
“The Minister for Livestock Mohamed Hassan Mohamed is hereby suspended from August 22 pending conclusion of investigations,” the letter reads.
The suspension of the Minister is a rare occurrence in the southern state amid pressure for accountability of public funds both from donors and the Federal Government.
A Transparency International report early this year ranked Somalia the most corrupt nation in the world for the 12th year running.