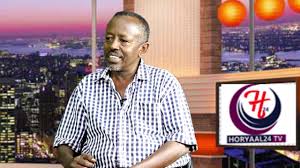 Mr. Sayid was arrested on the 7th of September whilst the television headquarters in Hargeisa was raided by Somaliland security forces.

The reason for the closure of the television is claimed for airing a program on women who had a khat session.

The appellate court has rejected to free two other journalists who are behind bars.

A statement issued by SOLJA has expressed thanks to the regional court for freeing Sayid on bail.