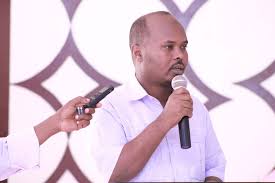 The government of Somaliland has issued contracting directives that could be a confusing to the public at large. The government recently issued a directive which imposed a total ban on Tobacco Oral Use trade in the country. This was disclosed in an official letter issued by the Director General of the Ministry of Trade, Industry and Tourism, Abdirahman Mohamed Mohamud alias Abdek.

Somaliland people were taken aback with the decisions that were contradicting one an other. The World Health Organization (WHO) put TOU among the banned items due to be the number cause of lung cancer around the globe. Doctors were concerned over the hasty decision from Somaliland government to lift the ban without further consultations into the matter.