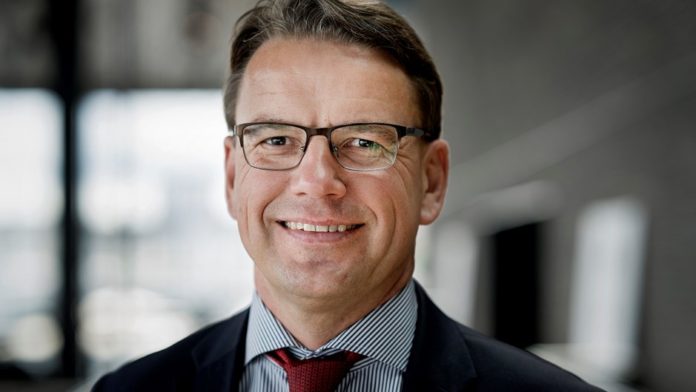 Former Minister for development cooperation in Denmark, Mr. Christian Friis Bach, paid a courtesy visit to Somaliland. The former Danish minister met with Somaliland President H.E Musa Bihi Abdi and government ministers. While speaking to Somaliland press yesterday, he said that he came to Somaliland in order to implement development project concerning the nation’s fish industry. He announced that he wants to set up fish processing plant in Somaliland in the foreseeable future which will have the capability to export fish to overseas. The former minister from Denmark has reiterated that he inaugurated Somaliland Development Fund (SDF) and also officially launched Danish office in Hargeisa.

Friis said: ” My name is Christian Friis Bach. I am the ex-development cooperation minister for Denmark. I and Fair Fishing are here in the country to provide an opportunity to support Somaliland’s fish industry. I came to the country eight years  ago while I was the minister of development cooperation of Denmark. I launched Danish office in Hargeisa and formally set up SDF. That is meant Somaliland re-recognition and that it has done superb things. We are happy with the progress that Somaliland has so far achieved in the midst of the outbreak of the coronavirus pandemic.”

The former minister has said that he sees good prospects to develop the fish industry in Somaliland.

Friis said: ” We see a chance to develop the fish industry and that is the reason I am currently on a visit to Somaliland. Somaliland is our ally. I met with president of Somaliland H.E Musa Bihi Abdi, the minister of livestock and fisheries, planning minister, and the investment minister. All the meetings I had with them were quite important and fruitful. I want to thank SL president H.E Musa Bihi who stood by us in supporting to carry out project to the fish industry. He showed his commitment and encouraged us in the implementation of the project.”

The minister has revealed that they want to open fish processing plant in Somaliland which will be able to export to other countries. He said that he expects that some day that Denmark will consume fish imported from Somaliland. He said that a company named IFU is funding the project which has bankrolled 3 million US dollar investments in more than 100 countries around the world.