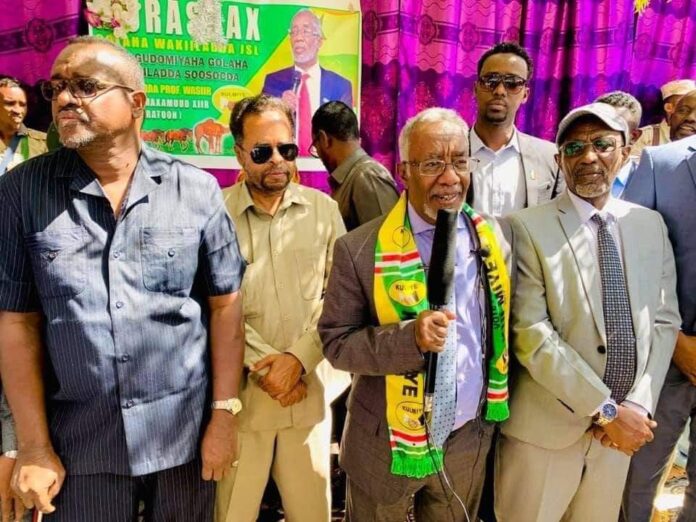 Somaliland’s FM announced on Sunday that he will run for the parliamentary elections which is slated to occur on the 31 May, 2021.

Prof. Yasin Haji Mohmud Hir has thrown his hat in to the ring in his hometown of Yagori which is part of Sool province.

The FM is also poised to run for the speaker of the House of Reps although he is yet to step down from the ministerial portfolio.

The campaign race to fill the Speaker of House of Reps has already started in Sool region.

Third Deputy Chair of Wadani party, Honorable Abdirisak Khalif Ahmed launched his covert campaign for the top seat at the House of Reps.

The two officials hail from the same constituency and will engage a hard a fighting for the top seat at the House of Representatives.

The seat is held by Bashe Mohamed Farah who also hails from Sool province.

The two officials have also started a campaign to convince voters to throw their support behind them.

Mr. Abdirisak is well connected to the all sections of the community and managed to get a lot of votes for Wadani party during the 2017 presidential polls.

The parliamentary election has reached a fever pitch ahead of the campaign date which will be announced by NEC.