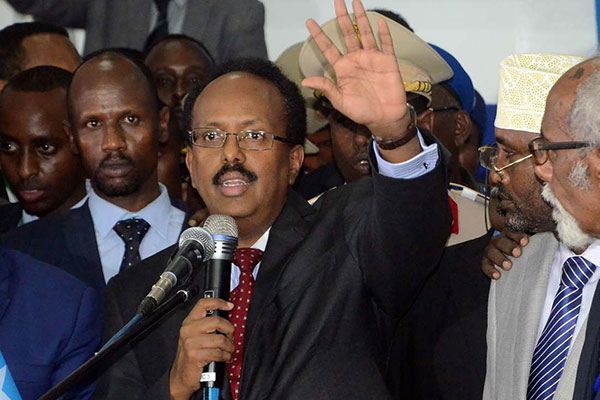 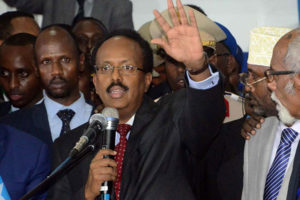 Somalia’s economy and society are rising, like the proverbial Sphinx, from the ashes of civil war.

A new deal for Somalia is in the offing. On September 27, 2018 the European Union (EU) approved a 100 million euros ($116 million) in budget support to the Somali Government to be disbursed until 2021, for the first time in 27 years.

And in January 2018, the German Government allocated 23.4 million Euros to support the rehabilitation of urban infrastructure as part of a Multi Partner Fund.

On the sidelines of the recently concluded China-Africa Summit in Beijing on September 3-4, Somalia signed to China’s multibillion dollar Belt and Road Initiative (BRI).

Long before the civil war started in 1991, recurrent humanitarian disasters, a predatory Somali state and the effects of a drawn out popular struggle against Mohamed Siad Barre’s dictatorial regime (1969-1991) pushed the Somali economy to the ropes.

In the ensuing civil war, Somalia became a haven of terrorist fighters, which ruined the economy, pushed entrepreneurs to exile and forced external financiers to cut ties with a thriving but criminal informal war economy, which financed warlords and extremists.

As such, the EU and World Bank disbursements are the latest show of confidence in the government’s reforms and recovery plan.

But the future of Somalia is in the hands of the Somalis. In February last year, the Somali people elected a reformist government with a convincing reform agenda, anchored upon a strong partnership in Villa Somalia between President Mohamed Abdullahi Farmajo and Prime Minister Hassan Ali Khayre.

Reforms are paying off. In the first quarter of 2018, the government raised $42.5 million domestically, the highest ever in a single quarter.

Domestic revenue might go well over $200 million by the end of the year.

The World Bank has projected that Somalia’s economy will grow at an average of between 3.5 and 4.5 percent annually in 2019-2022. Somalia is firmly on the path to debt relief.

Second, a degree of stability in recent years has drawn investment from local Somalis and those living abroad.

Somalia’s diaspora is a veritable source of skills, leadership and remittances to rebuild the country.

From “the world’s most dangerous city”, Mogadishu is experiencing an economic boom.

Returning diaspora Somalis and newly wealthy businessmen are capitalising on the relative peace in the city to build new housing estates.

Somalia’s power elite is anchoring economic recovery on far-reaching political reforms to deepen its democracy, build institutions and stabilise the polity ahead of the watershed 2020 election.

The swearing-in of a new Speaker of the House of the People, Mohamed Abdirahman, on May 10, 2018 paved the way for Parliament to deliver a legal framework for multiparty elections and complete the review of the Provisional Federal Constitution.

Parties have reached agreement on an electoral model based on a proportional representation, a closed party list system and on ownership, administration and sharing of revenues from petroleum and minerals.

Women’s representation jumped from 14 percent to 25 percent in the last parliamentary elections.

Regionally, Somalia’s power elite has seized the wind of change now washing over the Horn of Africa to pioneer a new diplomacy that ensures the country is at peace with itself and its neighbours.

However, a multi-pronged geo-political rivalry in the Gulf region is having ripples in Mogadishu.

Facing the future, the Government must redouble efforts to slay the dragon of corruption to secure progress.

Constructive talks are needed to ease tension between the Federal Government and the Federal States.

There is need to step up support for peace diplomacy (mainly by IGAD) to reduce the risk of conflicts between federal states (Puntland and Somaliland) and intra-state leadership tussles (Galmudug).

Amisom and the UN need to secure the November 17, 2018 state presidential election in the South-West state, which is fuelling intense political rivalry.

Famine was averted in 2017, but the government and its partners need to put measures in place to reduce Somalia’s continued vulnerability to drought, floods and other natural calamities.

Cutting off the means of survival, including sanctions to supporters, could weaken al-Qaida-affiliated Al-Shabaab extremist group as a threat to the progress made.

Amisom is on course in the crucial agendum of transferring responsibilities to the Somali military by 2020.

But it deserves predictable funding and a clear drawdown horizon. As the UN has rightly cautioned, premature departure could be disastrous.