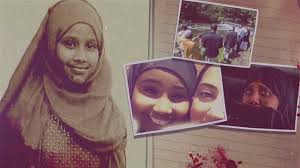 The family of a drowned 12-year-old Somali schoolgirl in the English town of Bury has begun a protest movement in a desperate attempt to achieve justice and clarity. Friends and family alleged that Shukri Yahya Abdi, who fled Somali as a refugee with her family, died under suspicious circumstance.

Shukri Yahya Abdi, was found drowned in the river Irwill in Bury, Greater Manchester on the June 27th.

A black Muslim refugee of Somali descent, her family alleges that she was badly bullied ahead of her death and claims that the authorities, including her former school, Broad Oak Sports College, have failed to adequately investigate the possible causes of the tragedy.

At a public meeting held in Bury on Saturday, the family announced that they will continue campaigning for justice and that racism may be a factor contributing towards the lack of support.

At the same meeting local leaders were invited to attend the meeting by event organizers, including Shukri’s former Head teacher, a Police Chief Constable, and James Frith the local MP. However, all failed to show.

The police watchdog, the IOPC, did say it will carry out an investigation after they had received a complaint about their actions, alleging that officers failed to conduct an effective investigation and prematurely concluded that the death of Shukri was not suspicious.

The momentum now gathering around the Shurki case is largely due to the shared feeling of abandonment by minority communities all across the country.

Many people who attended, told me, they relate to this tragedy because they feel the establishments handling of hate crimes is often grossly inadequate. Local community leaders absence from today’s event only fuels the feeling of neglect further.