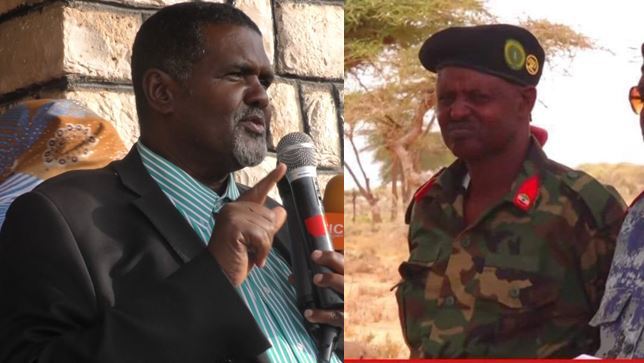 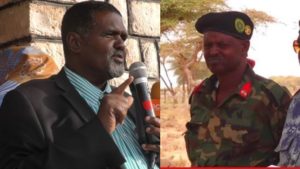 Preparations are underway in Erigavo, Sanaag’s provincial capital as regional authority is organizing a ceremony to give a warm and cordial welcome to renegade military commander of Somaliland’s national defense forces lieutenant colonel Gamal Du’ale Mohamed  who has defected from renegade Colonel Aarre’s rebels that are stationed in Qardho, in Puntland. The ex-Somaliland military commander is accompanied by six soldiers and ambulance according to reports. The ambulance was carjacked by the soldiers loyal to Gamal but after joining with Aare’s rebels the two had a fallout. The military commander is expected to return to Erigavo later this afternoon.

This was revealed by the Erigavo’s regional commissioner, Hon. Ahmed Alin Timbaro who was receiving a delegation headed by the health minister’s visit to Sanaag region. Mr Timbaro asserted that it is time to end the carjacked ambulance and the renegade commander. The lieutenant colonel Gamal is currently stationed in Haldhagan district which lies 40 km from Erigavo.