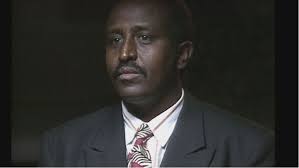 ALEXANDRIA, Va. (AP) – A northern Virginia man who served decades ago as a colonel in the Somali Army is facing accusations in a federal courtroom that he tortured and killed those perceived as enemies of the government.

A civil jury in Alexandria heard opening statements and testimony Monday in the suit against Yusuf Abdi Ali of Alexandria, who was known as “Tokeh” when he served under dictator Siad Barre.

The lawsuit was brought by a Somali man who says he was shot and left for dead by Ali during a 1988 interrogation. He says he survived only by bribing the men who were supposed to bury him.

The lawsuit has been delayed for nearly 15 years, mostly by legal debate over whether a Somali national could bring suit in the U.S. over alleged torture overseas.

In opening statements, lawyer Ben Klein with the center for Justice and Accountability said his client, Farhan Mohamoud Tani Warfaa, lived in northwest Somalia and is a member of the Isaaq clan, which was singled out for persecution under Barre.

Klein said Ali was commanding the Army’s 5th Brigade in that region when he rounded up multiple young men from Warfaa’s town in December 1987 for interrogation over a missing water-tanker truck.

Warfaa was jailed for several months and was regularly stripped naked and beaten, Klein said.

He was also hogtied in a stress position called the “Mig,” which Klein said “was so excruciatingly painful, so unbearable, it would cause Farhan to go unconscious.”

Ali would personally supervise many of these sessions, Klein said.

In a final interrogation in early 1988, Klein said resistance fighters attacked Ali’s brigade in the middle of questioning. At that point, Klein said, Ali shot Warfaa multiple times while he lay on the ground, shackled.

But, Klein said, the soldiers realized Warfaa was alive and solicited a bribe from his family to let him live.

Ali’s lawyer, Joseph Peter Drennan, said his client was a professional soldier who received training in the U.S.

Drennan told jurors he does not dispute that Warfaa suffered torture, but said it was not at the hands of Ali. The lawsuit is all about “clan vengeance,” Drennan said, and is orchestrated against Ali because he lives in Virginia and is vulnerable to a lawsuit under the federal Torture Victims Protection Act.

“There is a hidden agenda here,” Drennan said.

Ali is expected to testify in his own defense later in the trial.

The Center for Justice and Accountability brought a similar lawsuit against Somalia’s former prime minister, Mohamed Ali Samantar, who also took up residence in northern Virginia. In that case, Samantar accepted a default judgment against him on the eve of trial and refused to contest the allegations against him in court, though he said outside court he committed no wrongdoing. In 2012, a judge entered a $21 million judgment against Samantar, though he had already declared bankruptcy.