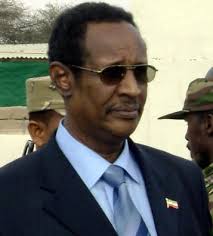 The people of Somaliland should preserve their unity and think about how they can achieve the purpose for which their country was originally established.

The urgings were made by Former Somaliland President Dahir Rayale Kahin during a telephone interview with SAHAN TV from his base in France from where he opened up on a number of prevalent issues in the country among them parliamentary elections, dispute over regional seats allocation in the August house, recent visit by AWDAL regional traditional leader turned controversial and the illegality of supreme court decision on elections modus operandi. According to the ex president the decision by the   Supreme Court to hold forthcoming House of Representatives elections as per the modus operandi utilized in 2005 is illegal.

The Supreme Court entered the elections fray after President Bihi submitted a petition to decide whether the election should be held without a quota.

Dahir Rayale Kahin also spoke about the dispute over the distribution of seats in the House of Representatives that has led to the beginning of a political crisis in Awdal region and half of the community’s decision not to partake in elections in their area.

Honourable Rayale, revealed that he first spoke about the issue in the run-up to the 2005 House of Representatives elections more so as related to the balance of seats in the national legislature.

‘we are aware that No elections were held in Las Anod and eastern Saanag, so we made this election a provisional one, since representation could not equal nationally, so the consensus enter was one if balance, that was Awdal region forfeited three members while, East Saanag and Sool lost a large number, and most of the seats were concentrated within the central clan.

Rayale went on to state that in this it has been 15 years in which  the House of Representatives sat on a provisional basis , an the agreement that this will be rectified before any further polls are undertaken has never happened this his beef with the supreme court decision.

Dahir Rayale made the following recommendations: “In the current situation, two things can be overcome thus hold mutually acceptable election of the House of Representatives. The first is to bring the House of Representatives regional equilibrium by increasing the current quorum from 82 to 100. This should be done by adding nine seats to east and western regions subject to a return to the 82 figure after a nationwide population Census

“Awdal is Somaliland, it is the foundation of (Somaliland) and they will be in Somaliland forever, stressing that President Bihi having met with the areas traditional leaders though ending in a stalemate, he the head of state should have pursued the matter more since he is the president of all citizens of Somaliland.

“If it were me I should not have ignored reconciliation with the elders “while proffering advise president Bihi himself should go to the Awdal because residents their are his constituency too thus work for unity.

According to Rayale this lacklustre pursuit national unity more so of reconciling with Awdalities who feel discriminated against by their government has led to prevalent status where elections might not take place in the region.

Mr. Rayale also spoke aboutOn the traditional leader of Awdal who recently was prevented by the government of Somaliland from going to Borama. Rayale said “As for the Ugas, I think that he was coming to visit his people only to be confronted by security forces and bullets, I say to the President in particular that it is your fault, and anyone who has advised you has given you the wrong advice, and I suggest you apologize, Why? An Ugas coming to his family cannot be turned away or shot at for it is not Somali like, it is not our tradition”

Similarly he addressed the Ugas whose visit has become very controversial by saying that  “I tell the Ugas  when he is angry he says unnecessary words like Awdal is being occupied, I say such statements from a traditional leader   is wrong, the people of Awdal have built Somaliland, no one better than  them,

Stressing that the only people who have achieved political success and development in Somaliland so far are Awdalities, Rayale went on to tell the Ugas that “You should be proud of them, you should not criticize them, you should act like your father and grandfather before you did.”

Finally, he called on the people of Somaliland to preserve their unity and think about how they can achieve the purpose for which they were originally established. .