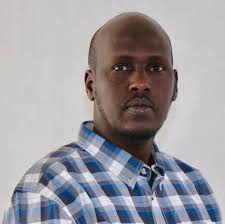 Statement by Maria Arena, Chair of the European Parliament’s Subcommittee on Human Rights, on the continuous attacks on journalists and restrictions on media freedom in Somalia.

“I pay tribute to Somali journalists who risk their lives in the fight to freely exercise their profession and defend media freedom. The murder of journalist Said Yusuf Ali, reporter for Kalsan TV, on 4 May 2020 in Mogadishu, has shocked the whole community of journalists in the country. I call on the Somali government to carry out a prompt, impartial, independent and thorough investigation into this heinous crime to bring those responsible to justice.

I welcome the recent announcement by the President of Somalia, Mohamed Abdullahi Mohamed, on reforming Somalia’s Penal Code of 1964, which has been used frequently to repress journalists expressing critical views.

This reform would be an important step forward in protecting journalists, who, together with the citizens of Somalia, are eager to exercise their fundamental right to freedom of expression without fear of reprisals or criminal persecution.

I expect the Somali authorities to follow the President’s announcement by dropping the criminal charges levelled against Mukhtar Mohamed Atosh of Voice of America (VOA) and Abdiasis Ahmed Gurbiye of Goobjoog Media Group, who were released on bail but are facing criminal charges.

Somalia is one of the most dangerous countries in the world for journalists, 50 of whom have been killed in the past decade. Threats and attacks come from all sides, in a general climate of insecurity, while the central authority does not control a large part of the country. Amnesty International has reported that Somalia’s current government restricts access to information and authorities regularly threaten, harass and interfere with the social media accounts of journalists who post critical comments.