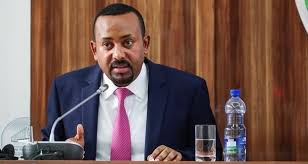 ADDIS ABABA (Reuters) – Ethiopian Prime Minister Abiy Ahmed said on Thursday that attackers in a failed regional coup in June had been trained by people who had come from foreign countries, without giving details.

A rogue militia tried to seize power on June 22 in the northern Amhara region, an attack which authorities blamed on Asamnew Tsige, who was killed in fighting on the outskirts of the regional capital Bahir Dar.

The army chief of staff was also killed in the capital Addis Ababa simultaneously with the failed Bahir Dar assault, an attack which was also blamed on Asamnew’s rogue militia.

“We have evidence that the suspected people were trained by people who came from abroad … There was a plan to murder other officials and generals,” Abiy told a news conference.

He said on Twitter his government was willing to open up the political space to ensure any transfer of power is done in “a constructive manner rather than through terrorist acts”, without expanding on what transfers of power he might be referring to.

Those trying to seize power illegally would be held accountable, he added.

A total of 350 people, including soldiers and civil servants, had been arrested in connection with the attacks, he said. Out of those, 120 were later released, Abiy added.