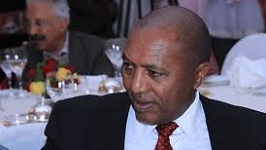 The High Court of Amhara Region of Ethiopia today sentenced former TIRET Corporate board members Bereket Simon and Tadese Kassa to six and eight years imprisonment, respectively on graft allegations. The two ex-officials were detained for a graft charges in relation to TIRET corporate, one of the ruling party mega corporate owning 14 businesses. A couple days ago the court has issued a verdict that both individuals were guilty of graft allegations. The ex-officials were implicated the government loss over one million birr for poorly managing the selling of 51 percent share of Dashen Brewery, one of the companies owned by TIRET corporate, to a UK firm. Mr. Berket Simon was an influential politician within the ruling Ethiopia Peoples Revolutionary Democratic Front (EPRDF)  in Amhara Region Politics, especially during the era of former PM Meles Zenawi