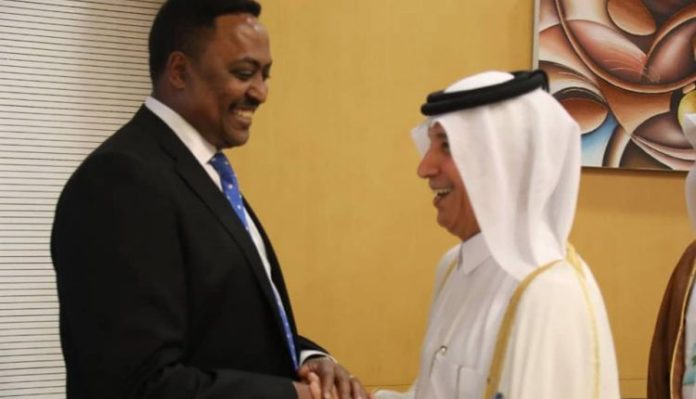 Both parties have underlined the importance of further strengthening the bilateral relations between Ethiopia and the State of Qatar.

On the occasion, Dr Workneh underscored that relations between Ethiopia and the State of Qatar is based on ensuring the mutual benefits of the peoples of the two countries.

He also stressed on the need to further strengthen cooperation on trade and investment as well as enhance the people-to-people ties between the two countries.

He added that his country supports Ethiopia’s efforts in the maintenance of regional peace and stability.

The two sides have also agreed on the importance of inking a bilateral labor agreement, according to the Ministry of Foreign Affairs.