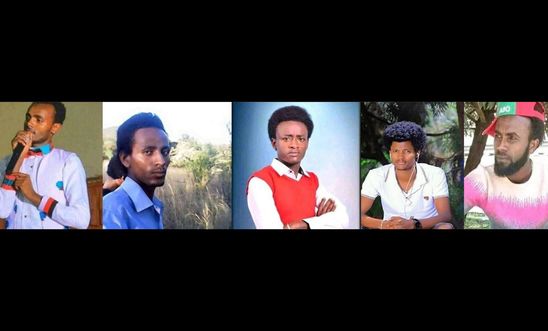 Amnesty International has called for the immediate and unconditional release of five Ethiopian journalists being held on charges of “incitement to terrorism”.

The five journalists – Bikila Amenu, Abdisa Gutata, Firomsa Bekele, Gadaa Bulti and Adugna Keso – were arrested on 5 September in the Gerji neighbourhood of the capital and were arraigned in court yesterday for a pre-trial hearing. Police have failed to produce any evidence for their alleged crimes.

The journalists have been reporting on human rights violations and political developments in Ethiopia since 2011. They were a key source of information on the sustained protests that erupted in the Oromia region in 2015, which ultimately resulted in a change of leadership in the country.

“The absence of credible evidence points to the fact that there is nothing to investigate.

“The Ethiopian authorities must immediately and unconditionally release these journalists and let them get on with their lives.

“The use of Ethiopia’s anti-terrorism proclamation to arbitrarily arrest journalists is completely out of step with reforms witnessed in the country.

“This law must be revised to align with international standards and must no longer be used to harass journalists.”

Since June this year, there has been a surge in the number of arrests in Ethiopia based on the country’s Anti-Terrorism Proclamation.