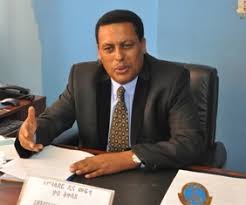 Ethiopia has dismissed claims it recognizes Somaliland as an independent state noting it stands for the unity of Somalia.

“Somaliland is part of the union of Somalia. It is not recognized. The news that Ethiopia and other countries do recognize it is not true,” Foreign Affairs spokesman Dina Mufti has said.

Mufti added, “As a matter of respecting the unity and sovereignty of a country, we are treating Somalis as one. We support the restoration of stability there.”

The remarks follow intense diplomatic interests in Somaliland that has seen Egypt and Ethiopia make forays into the breakaway following disputes over the refilling of the GERD dam.

Somaliland and Taiwan announced in early July establishment of diplomatic ties which has since seen both sides appoint representatives to each other’s territories.

Ethiopia has for a long time maintained close relations with Somaliland especially during the reign of TPLF prior to the coming of Prime Minister Abiy Ahmed who has gravitated towards Mogadishu.