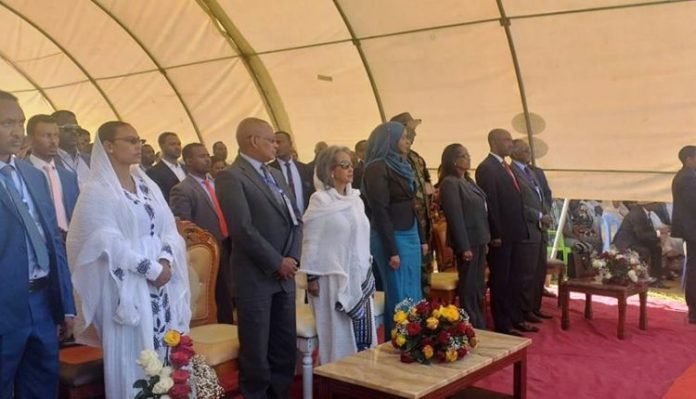 The 123rd anniversary of Ethiopia’s victory of Adwa is being celebrated in Tigray regional state at Adwa, a place where the Italy force was defeated by the Ethiopian army.

Engineer Takele on the occasion said that the victory of Adwa is the result of the “ultimate sacrifice paid by all Ethiopians for all black people.”

The Battle of Adwa was fought on 1 March 1896 between Ethiopia and Italy near the town of Adwa.

Ethiopians under the command of Emperor Menelik II defeated over 20,000 well-armed Italian colonial forces at the battle of Adwa.

Ethiopia’s victory over Italy kept Ethiopia the only independent and uncolonized African country.