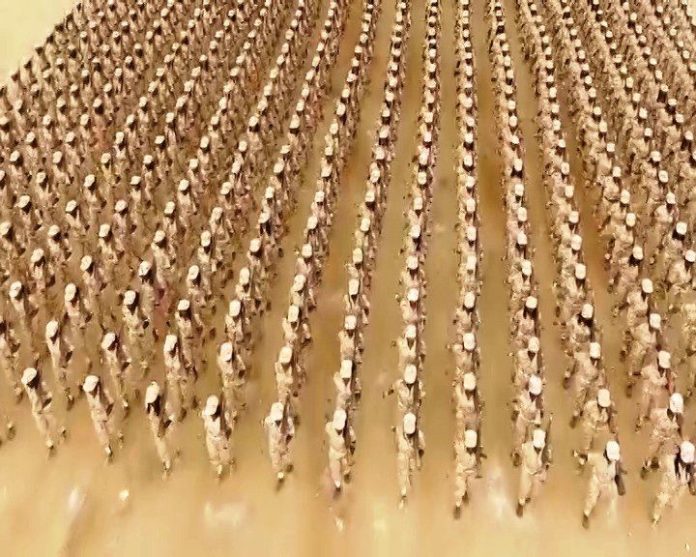 Sawa Defence Training Centre where all Eritrean defence force recruits and national service conscripts are sent for military training graduated this week tens and thousands of men and women from the 32nd round (pictured).

Since 2003, Sawa military camp became where students are trained and attend classes as part of their 12th year in school in order to prepare them for any potential wars against foreign invaders and meet their mandatory national service obligations.

TIGHTEN THE NOOSE ON TPLF

Meanwhile, the Federal Supreme Court of Ethiopia suggested a military action on Tigray to preserve the law enforcement and passed a law to forcefully arrest the wanted criminals that are hiding in the Tigray Region.

The president of federal supreme court Mrs Meaza Ashenafi told press reporters that the Tigray region top officials are refusing to hand over the criminals by disregarding the court’s warrant arrest, and this is an “official violation of the federal constitutional law enforcement”, added in her declaration.

The federal Military army has a duty to preserve the law enforcement, said the supreme court president by mentioning the US Congress historical action over one member State’s disregard to the union.

However, a Tigray People’s Liberation Front (TPLF) member from its capital Mekele said, “a court led by Meaza Ashenafi has no moral authority to try Tigrayans.” He warned, “Meaza Ashenafi and her benefactors should learn from history. No external power defeated Tigray in history. Don’t overestimate your temporary advantage. We will retaliate.”

Many of the former ruling government members, military and security officials, including the former spy chief Ayte Getachewo Asefa are now hiding in Mekele.