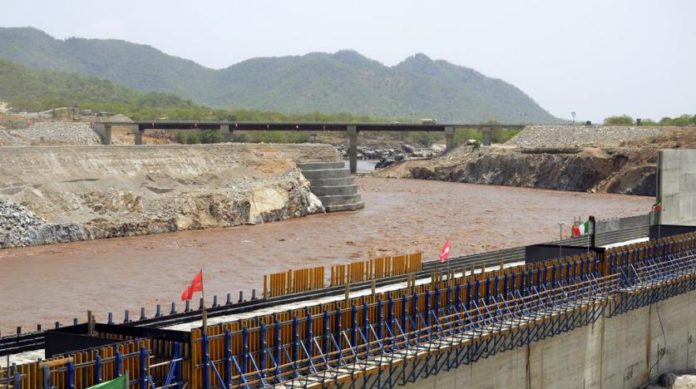 He stressed Thursday that the measures must take into account the importance and vitality of water resources to the Egyptian people.

Ethiopia had sought to reassure Cairo over the project by saying it was willing to resume negotiations over the under-construction dam.

Since 2014, Ethiopia, Egypt and Sudan have engaged in tripartite talks to reach a final agreement on the rules of filling and operating the Grand Ethiopian Renaissance Dam (GERD).

The talks should end Cairo’s fears that the dam will reduce the river’s waters coming down from Ethiopia’s highlands, through the deserts of Sudan, to Egyptian fields and reservoirs. Ethiopia has claimed the dam is necessary for its development.

In 2015, the leaders of the three countries signed an initial agreement on the Renaissance Dam to guarantee Egypt’s share of 55 billion cubic meters of the Nile water.

Ethiopian Prime Minister Abiy Ahmed delivered a message to Sisi through his Foreign Minister Gedu Andargachew, who was visiting Alexandria on Thursday.

The PM “stressed his country’s great interest in boosting all aspects of bilateral relations and enhancing friendship with Egypt.”

He also asserted “the importance of close coordination between Ethiopia and Egypt to achieve stability in Africa and the region, including supporting the Sudanese people to overcome the current challenges.”

He expressed his country’s keenness on resuming tripartite talks between Ethiopia, Egypt and Sudan to reach an agreement on the dam.

A new round of negotiations was set to be held between the three countries in Cairo in April, but the ouster of Sudanese President Omar al-Bashir and the ensuing upheaval in Sudan led to their postponement.

Informed sources said Egypt plans to soon hold a meeting that includes the Ministers of Foreign Affairs and Water and intelligence officials from Egypt, Sudan and Ethiopia after relative calm was restored in Sudan.