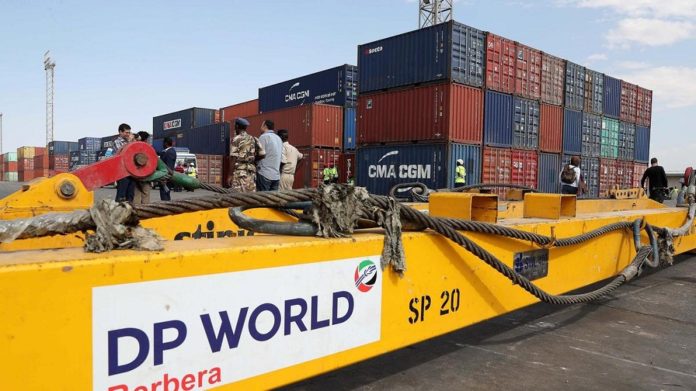 Dubai company DP world is committed to building the Somaliland Port of Berbera to a world-class facility.

This is part of the infrastructural developments the DP world says it is involved in as part of its mission to turn around the horn of Africa country.

Federico Banos-Linder, Vice President External Relations, DP World, the company that has invested USD 442 million to rebuild the Port of Berbera said once the port is done, Somaliland will be one of the biggest players in the maritime industry in the Horn of Africa.

Banos-Linder said this during the Conference on Infrastructure, energy and extractives hosted by the Somaliland embassy in Kenya at the capital Nairobi.

“As a government, we will provide the right environment for foreign investment to thrive,” said the finance minister who added that there is a wide range of minerals yet to be tapped.

Jamal Aideed Ibrahim, the vice-chairman of Somaliland Chamber of Commerce and Industry said improving infrastructure should be the government’s key agenda if it is to attract investors.

Somaliland is engaged in several infrastructural developments among them the building of US $400m road project that will link Ethiopia’s border town of Togochale to Berbera Port in Somaliland and the restoration of the  Berbera Airport in the second largest city of Somaliland to have it accommodate large aircraft.

But from the conference, it was clear the country still needs to do much to improve on its energy sector.

There are already some activities in oil exploration. The country has 24 blocks, oil six of which have already been put under concession to three companies

Three blocks have been commissioned to Genel Energy, two to Rak Gas while one will be handled by Ansen Gas.