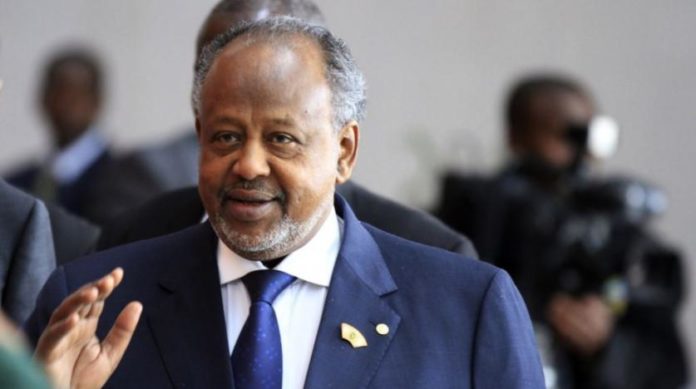 Riyadh -President of Djibouti Ismail Omar Guelleh hailed Saudi Arabia’s hosting of the Gulf, Arab and Islamic summits, saying it stems from its sense of duty towards the region.

He told Asharq Al-Awsat: “The summits will bolster security and stability given the critical situation in the region.”

He hoped that the Islamic summit would yield decisions that would help resolve crises and maintain unity and solidarity between Islamic states.

“Saudi Arabia is the leader of the Arab world and Muslims. Any assault against it targets the Arab and Muslim nations,” he declared.

The summits, he continued, are being held at time of instability in Yemen, Syria, Libya, Iraq, Algeria, Sudan and Somalia. He also noted Israeli violations in the Palestinian territories and the growing extremist and terrorist threats in the world.

These challenges demand massive efforts, especially in wake of last week’s sabotage operation off the coast of Fujairah in the United Arab Emirates, Guelleh said.

“We condemn in the strongest terms the sabotage operation off Fujairah,” he added.

Commenting on the security threats in the Arabian Gulf, Red Sea and Ban al-Mandeb Strait, he strongly condemned any threat to international marine navigation and international peace and security.

Asked about the Iranian threat in the region and the targeting of Saudi Arabia with drones, he replied: “Saudi Arabia is the leader of Arabs and Muslims… We reiterate our condemnation of the recent drone attack against oil pumping stations in the Kingdom, as well as the failed ballistic missile attack that targeted the holy city of Makkah.”

These assaults are dangerous threats to the security of the region and energy supplies, he added. “We renew our absolute solidarity with Saudi Arabia’s government and people in confronting them.”

On ties between Saudi Arabia and Djibouti, he said that they date back to Djibouti’s independence in 1977. Riyadh played a major role in ensuring this independence.

“The fraternal historic ties between us are based on trust, understanding and high coordination on all levels,” he noted. “This consequently lead to common ground on several regional and international issues.”

Moreover, he said that ties between Saudi Arabia and Djibouti witnessed a “qualitative leap” in wake of his latest visit to the Kingdom.

“Relations between us are growing stronger every day,” Guelleh remarked. “I am in constant contact with Custodian of the Two Holy Mosques King Salman bin Abdulaziz and Crown Prince Mohammed bin Salman, Deputy Prime Minister and Ministers of Defense.”

On developments in Sudan, he stated: “Throughout history, we have expressed solidarity with Khartoum and continue to do so based on the strength of relations that bind us.”

He highlighted that Djibouti has played an honorable role in sponsoring peace deals and reconciliations in the Horn of Africa. He cited its efforts in bringing together Sudanese rivals in 1999, which culminated in easing tensions that existed at the time.

Guelleh said that Djibouti was closely following the ongoing developments in Sudan and is completely prepared to exert all possible efforts to ensure its stability and interests.

On relations with Eritrea after the Saudi-led reconciliation, he remarked that the deal helped restore ties with its neighbor and rebuild trust between them.

He hoped that the reconciliation would be crowned with the demarcation of the border between them.