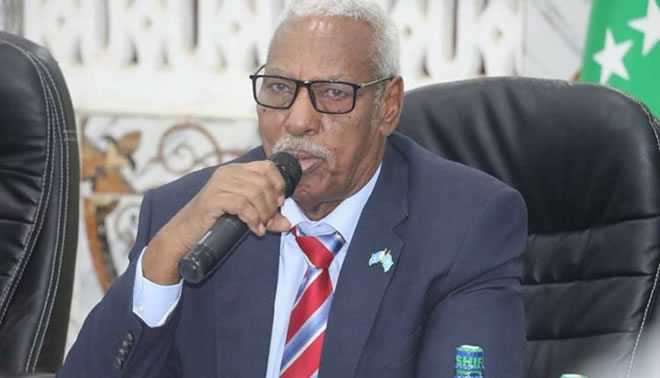 One of the six states of Somalia has called for a meeting to discuss deteriorating relations between the Horn of Africa nation and Kenya.

The Galmudug State accuses President Mohamed Abdullahi Farmaajo of political mischief and spreading misinformation which they blame for Somalia’s deteriorating relationship with her neighbours.

This came in the wake of a deepening diplomatic crisis between Kenya and Somalia sparked by a maritime boundary dispute.

Kenya then accused Somalia of reneging on a 2009 pact between the two countries to resolve the dispute through negotiations via the UN Commission on the Limits of the Continental Shelf.

Kenya has since been trying to implore Somalia to drop the ICJ case for a more diplomatic bilateral settlement to restore relations between the two countries.

The call for a negotiated settlement was echoed by sentiments from the Galmudug State, which in a veiled reference to Kenya, called for partners and neighbouring countries to put the welfare and interests of Somali people first and desist from actions that might hurt the cordial relations between the people in the region.

Galmudug, which is one of the six officially recognised member states of Somalia, also wants discussions on measures to redress what it described as Somalia’s deepening political, security and socio-economic crisis.

In a statement by the Office of the President of Galmudug State, the region accuses President Farmaajo’s government of damaging the long-standing cordial relationship between Kenya and Somalia by engaging in what it described as “deceptive political promises and misinformation”.

The statement further accuses Farmaajo and Prime Minister Hassan Kheire of “unpredictable and mischievous political behaviour”, saying this had undermined the confidence of the leaders of all neighbouring countries who are partners in the struggle to stabilise Somalia.

There have been numerous calls to solve the standoff between the two countries.

Senator Wetang’ula said the contribution of Somalia to Kenya’s economy is enormous and that any disagreement that can lead to a disruption of business between the two neighbours must be stopped.

He said Kenya and Somalia can learn from how Tanzania and Malawi solved their boundary dispute on Lake Nyasa.

“Recently there was a similar tiff between Malawi and Tanzania over the boundary in Lake Nyasa that lies between the two counties. Tanzania had wanted to exploit oil resources in the lake, Malawi protested, claiming ownership of the lake,” he said.

According to Wetang’ula, the row ended when Malawi and Tanzanian presidents set up teams led by their foreign affairs ministers which eventually resolved the issue in a civil manner.

Wetang’ula said a similar boundary dispute during his tenure as foreign minister was resolved when President Mwai Kibaki instructed him engage his Somalia counterparts. Both sides eventually reached an agreement.