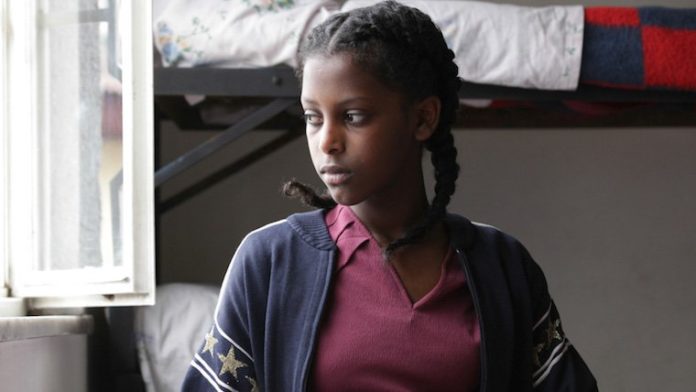 Meaza Ashenafi is not only Ethiopia’s new Supreme Court president, she is also a women’s rights activist whose achievements inspired a movie produced and championed by Hollywood star Angelina Jolie.

In the wake of Meaza Ashenafi’s unanimously approved appointment to Head Ethiopia’s Supreme Court under Prime Minister Abiy Ahmed’s pro-women government, we take a look at her most famous case.

In 1996, a 14 year old girl named Aberash Bekele who would later be referred to polarisingly as the ‘Schoolgirl Killer’ was kidnapped by a gang of horsemen on her way home from school. Her main captor who intended to marry her grabbed her, threw her over his saddle and took her to a hut where he locked her in and raped her.

In Arsi; a zone of the Oromia Region in Ethiopia; this was the custom when seeking a wife, and 30% of marriages were initiated this way in 1998 according to Newsweek.

Bekele managed to escape by stealing the guard’s gun and when her captors gave chase she fired and killed her would be ‘husband’. Saved from an angry mob, she was put on trial for murder. Ashenafi, part of the Ethiopian Women Lawyers’ Association took on her case and got the charges dropped on the grounds of youth and acting in self-defense.

Although not the principal of the story ‘Difret’ (Amharic for courage), release in 2014 is based on Ashenafi and the precedent-setting case that set off a public debate and international outcry over Ethiopia’s kidnapping for marriage tradition.

According to the films synopsis the film is, “the inspirational true story of a young Ethiopian girl and a tenacious lawyer embroiled in a life-or-death clash between cultural traditions and their country’s advancement of equal rights.”

Speaking on the events that led to the trial, the film synopsis goes on to expound, “Local law demands a death sentence for Hirut (the alias for Bekele), but Meaza, a tough and passionate lawyer from a women’s legal aide practice, steps in to fight for her. With both Hirut’s life and the future of the practice at stake the two women must make their case for self-defense against one of Ethiopia’s oldest and most deeply-rooted traditions.”

“DIFRET paints a portrait of a country in a time of great transformation and the brave individuals ready to help shape it.”

Unfortunately the film was done without Bekele’s consent. Newsweek reports that she attempted to stop the movie’s screening but was unsuccessful. The makers of the movie and Ashenafi herself had not only failed to gain her consent or input they had also implied the movie was not about her, which was evidently false.